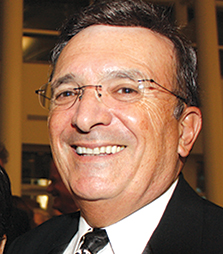 In reading your recent editorial I had a flashback to the Miami Today roundtable in 2008 when I was a panelist with Dr. Mark Rosenberg, president of Florida

International University. A member of the audience asked me very pointedly, “How do we get out of this recession and what do we need to do going forward?”

Knowing there were no simple solutions, I responded, “We need to re-launch One Community One Goal (OCOG).

The economy of Miami-Dade, the state and nation for that matter in 2008 was vastly different from when the original OCOG was launched in 1996. I thought we needed a similar effort and we needed to do it immediately!

Dr. Rosenberg chimed in, “If you take the lead we will support it and participate fully!” OCOG II was born, resulting in four volumes of findings and corresponding analysis, the last volume putting forth a series of recommendations with assigned responsibilities and required resources to implement them. The objective, as was the case in 1996, was to diversify the economy and link it to educational assets and requirements for key targeted industries.

Fast forward to today, where Miami-Dade is and will be facing an unprecedented economic crisis. There is no question progress has been made to meet OCOG’s objectives. However, unfortunately the implementation outlined in the 2011 reports has been weak at best. For example, OCOG II called for additional business marketing funds of $3 million per year for five years. The reality is that all marketing funds were eliminated.

In many ways OCOG became a political platform once a year to tout questionable results. Many of the specific recommendations were either not followed or merely given lip service but not the corresponding resources to implement them. Many of the organizations charged with specific respon-sibilities were never fully engaged. In many cases, OCOG became a series of seminars and meetings R us. The one exception was The Academic Leadership Council.

Miami-Dade County will be facing even greater economic challenges than those in 2008. The Miami-Dade economy is still for the most part based upon tourism, trade and “growth.” The fundamental weaknesses in the economy persist. The economic gaps are growing and many still live paycheck to paycheck.

Miami-Dade County will need an Economic Recovery Plan, an “all hands on deck” comprehensive effort to insure that the economy not only recovers but prospers. Efforts will require both short- and long-term objectives. While efforts similar to OCOG may be necessary, it must change its focus and scope.

I believe that the top priority must be to assist local businesses. It must go beyond providing them information as to how to access government support. It must be direct assistance to facilitate on a case-by-case basis efforts to retain and provide the support companies and their employees require. This will be especially true for the many small businesses.

It is also imperative that any future analysis and response be not only sector driven but encompass varying geographic requirements of different areas. One size will not fit all. The needs of Homestead, Coral Gables, Doral, Liberty City, Miami Beach, Aventura, North Miami, the City of Miami, Hialeah, Miami Lakes, etc., will all be different in scope, resources and ability to respond to the crisis. All efforts must be a targeted response plan to address the specific needs in specific targeted areas.

Immediately the county, chambers, business organizations, academic institutions and individual cities should be conducting ongoing assessments of the current and future impacts of the crisis on local companies and their employees.
This will insure that local businesses will be ready to benefit from all federal and state financial packages. A clearinghouse and hotline should also be established to help, especially, small businesses and their employees access those benefits.

Rather than the OCOG model, however, I would recommend replicating the We Will Rebuild model utilized after Hurricane Andrew. This cannot be government driven. The private sector must be fully engaged and play a leadership role. Especially, financial institutions should be evaluating how they might bring additional liquidity into the marketplace to assist local companies.

Additionally, the county and local governments should be determining what local resources can be reprogrammed to provide assistance both short and long term to local companies. For example, CRA resources and programs such as the Mom and Pop grants could be augmented and better targeted. Local business taxes could be redirected or even eliminated as well as offering long-term tax relief for specific industries. It cannot be “business as usual.”

As the economy recovers, and it will, comprehensive and integrated tourism and business asset marketing needs to be re-launched. The message must be sent worldwide that Miami-Dade is open for business and prepared for the future.
As originally proposed yet never fully implemented, a complete independent academic assessment of Miami-Dade’s economy and future economic objectives need to be done every five years. The economic objectives of 1996 and 2008 remain: To diversify, expand and fortify the Miami-Dade economy. Raise the standard of living so that residents can fully support themselves, their families and the community.

There will be future economic challenges and recessions. Miami Dade must be prepared to weather the economic hurricanes that will surely come.