Advertisement
The Newspaper for the Future of Miami
Connect with us:
Front Page » Government » Coronavirus impact to batter Miami’s $69 million reserves 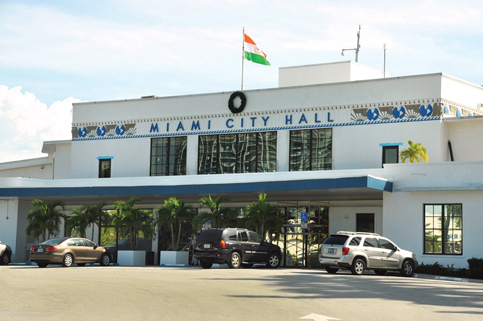 The City of Miami held a virtual emergency special meeting last week, with elected officials discussing the city’s efforts to grapple with the novel coronavirus.

As they deliberated over meals for seniors and curfew hours, the financial impact the pandemic could have on the city loomed over the meeting.

The special meeting was conducted virtually, as the mayor, commissioners and top administrators featured in small boxes. For public comment, people submitted audio files or video recordings that were played during the meeting. Commissioners were able to meet virtually after Gov. Ron DeSantis allowed local governments to hold their meetings remotely while Florida is in a state of emergency.

Toward the start of the meeting, which began slightly after 8 p.m. and ended after midnight, Commissioner Joe Carollo asked about the city’s spending thus far, saying the city will need to dive into its reserves and make cuts.

”If we remain in the current situation for a month… then we’re looking at about $17 million less revenue than we have looked at the previous month,” said Budget Director Chris Rose, who added that too many variables are in play to determine how much the city stands to lose.

Mr. Rose said the city code requires $5 million of emergency contingency reserves, and the federal government is expected to reimburse 75% of expenditures and the state reimburse half the remainder. However, he stressed that the problem isn’t the expenditures but the diminishing revenue the city is receiving as a result of the virus.

He also said the city has $69 million in its unrestricted reserve fund, which is about $2 million more than what is required by the city’s self-imposed integrity principles. Mr. Carollo said that depending on how the crisis unfolds, the city would have to go into those funds.

“In a perfect world, like you said, we wouldn’t want to go below that, but we’re not living in a perfect world now,” Mr. Carollo said. “We’re living in a crisis unlike anything that any of us have ever seen in our lifetime. So let’s be real, we’re going to go way down in those reserves. We have no choice.”

During the meeting, commissioners discussed the shelter in place order that had been enacted, which prohibits all nonessential travel within the city, and voted to institute a citywide curfew that runs from 10 p.m. to 5 a.m.

Commissioners also discussed a $1 million senior program, with Keon Hardemon and Ken Russell saying there is also a need to provide the same services to others in the city, including children and those who may have recently lost their jobs.

The discussion on meals devolved into a quarrel, as Mr. Russell made a motion to direct the city manager to look into allocating $1 million that would be based on the city’s anti-poverty initiative. He said he had been moved by an article penned by Miami Heat Player Udonis Haslem for sports media website The Players’ Tribune, in which the Miami native advocated for, among other things, people to donate to support meals for children.

City Manager Art Noriega said that he would implement Mr. Russell’s directive, and the commission could vote on it later.

Mayor Francis Suarez implored commissioners to maintain a sense of cooperation during these difficult times.

“One of the things that everyone has been talking about in a positive way is how collaborative we all have been with each other,” he said, “and let’s not break from that. It’s too important a moment, there’s too much at stake. We need to get this moving right away.”