Advertisement
The Newspaper for the Future of Miami
Connect with us:
Front Page » Transportation » Funding for $5 billion in MIA improvements left on standby

Funding for $5 billion in MIA improvements left on standby 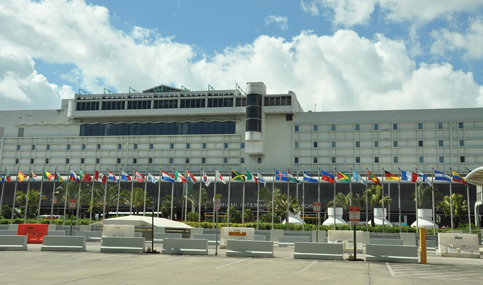 Now the bonds issue may once again be stalled, as a deferral request accompanied the authorizing item on the preliminary agenda for the April 7 Miami-Dade County Commission meeting.

Whether the airline industry’s massive coronavirus hit factors into the board’s final decision remains to be seen.

Lawmakers last year OK’d the program to overhaul Miami-Dade’s greatest economic engine through five sub-programs at the North, South and Central terminals, cargo facilities and a mix of other upgrades, including up to two new on-site hotels.

Unlike prior MIA improvement programs, including a $6.2 billion expansion from 1993 through the mid-2000s, funding of the current plan can be drawn down as needed so its 46 projects can “start and stop … depending on the economic conditions,” Aviation Director Lester Sola said.

That provision will prove helpful as airlines seek federal bailouts after the coronavirus pandemic all but decimated the industry.

“We certainly hope and expect that by that time, the virus will be contained, Americans will be flying again and we will be back to flying a full schedule,” American CEO Doug Parker and President Robert Isom wrote.

Delta and United, MIA’s second- and third-largest carriers by revenue, are among many others seeking aid through the $2 trillion federal CARES Act, in which $29 billion is available for air carrier loans and $29 billion for airline payroll grants.