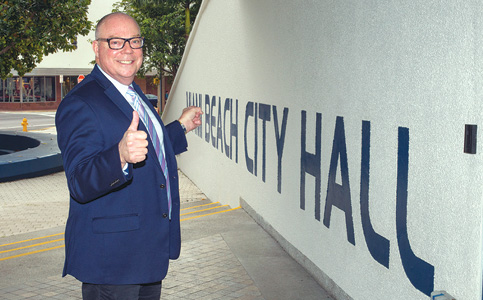 He served in the Florida House, representing residents of Miami Beach, North Bay Village and parts of downtown Miami and Little Havana. During his time in Tallahassee he pushed for prison reform and LGBT rights. He was one of the two first openly gay persons elected to the Florida Legislature.

In 2018, Mr. Richardson ran for Florida’s 27th Congressional District seat, coming in second in the Democratic primaries. He also has experience as an auditor in the US Department of Defense and ran an advisory services firm focused on forensic auditing of government contracts.

During his campaign, he called for more transparency in city hall and a safer Miami Beach. He’s also said the city needs to keep the ball rolling with its resilience efforts, with Miami Beach ground zero for the effects of climate change and sea level rise.