Advertisement
The Newspaper for the Future of Miami
Connect with us:
Front Page » Top Stories » You might take observation wheel for a spin this month

You might take observation wheel for a spin this month 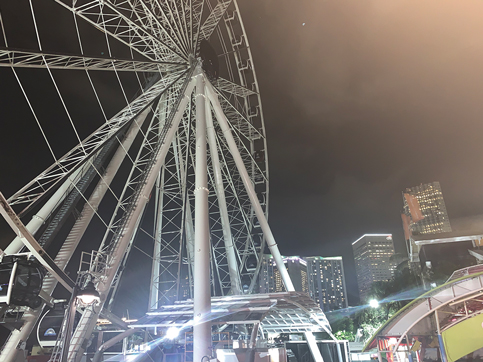 A 176-foot-tall observation wheel that’ll light up the Miami skyline is still facing a couple of hurdles, but the end seems near.

The wheel should be up and running by the end of March, according to the manager, Guy Leavitt. He said a few things are still being worked out, including having power extended toward the wheel.

Bringing the attraction to Bayside Marketplace along Biscayne Boulevard has been in the process for about three years. Mr. Leavitt said operators had hoped to have the wheel installed by last October, and then by the Super Bowl, but the permitting process and other logistical factors slowed that down.

Last year, Bayside’s lawyers and the City of Miami reached an agreement that would permit the installation of the wheel. The city will reap 10% of the gross ticket sales, as well as 6% of Bayside’s cut of gross revenue and a ticket surcharge
With more than 50 years of experience in the industry and over 30 years of experience with the giant wheels, Mr. Leavitt has now relocated to Miami with his wife as they manage the wheel.

”I think the location is wonderful,” he said. “I think the views of the bay and the backdrop of the city are amazing. Every time I go there I get excited.”

The wheel features 42 gondolas and lights up along the machine’s arms.