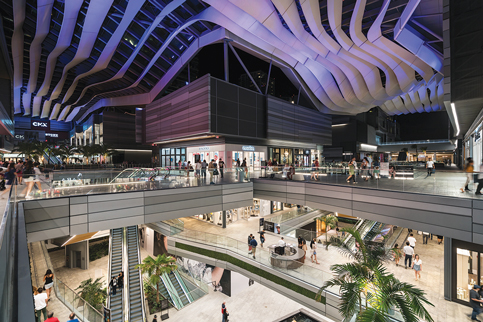 As Brickell City Centre’s developer continues to reshape a growing and maturing City of Miami, it is prepared to deliver on its promise for a new fire station incorporated into the sweeping mixed-use development.

“We expect construction to begin in the coming month,” said Kieran Bowers, president of Swire Properties Inc., in an email to Miami Today.

The global development company entered into an agreement with the city that calls for construction of a temporary and then a permanent fire station for the city.

The fire-rescue station is to be built by the private developer on its property between Southeast Fifth and Sixth streets, and near the river.

The temporary facility is to include, in part:

■A protective awning of about 40 by 20 feet (with 11-foot clearance) to protect fire-rescue apparatus.

All temporary fire station improvements are to meet the technical and logistical requirements of the Department of Fire-Rescue.

A permanent station is planned for the same location once redevelopment of the site begins.

The permanent fire station is to be 6,500 square feet.

City officials and Swire representatives first began negotiations on the fire station in 2015.

The fire-rescue station and an improved public riverwalk are promised by Swire and its affiliates in a development agreement approved in January 2019 by the city commission.

They are listed in the new development agreement under the “public benefits” section, which also includes a promised contribution of $1 million to the city for its Anti-Poverty Initiative or placed into the city’s Affordable Housing Trust Fund.

Entering 2020, Swire is continuing to watch the market before commencing its next construction phase.

With more than 30 years in South Florida, Swire understands the market and is always prepared for the build-cycle as it winds up and down, Mr. Bowers said.

“We are currently working on the sellout of the two premier residential towers – Reach and Rise. As the market matures, Swire will continue to increase its footprint in the neighborhood with the development of an extensive land bank we have in the area with approved plans.

“Swire’s priority is ensuring we are being both innovative and ambitious in our latest designs so that we are ready to launch new developments when the market is there,” he wrote.

Since September, Swire has continued to evolve its plans and designs for Brickell City Centre’s next phase.

Within its current phase, he said, Swire has welcomed an exciting mix of experience-driven concepts to the shopping center.

“We believe that Brickell continues to have untapped potential and we have ambitious plans for our extensive land bank,” Mr. Bowers said.

“We seek to create a vibrant neighborhood in the urban core, continuing the creative transformation initiated at Brickell Key over 30 years ago,” he said.

The plan calls for two residential towers, one at 54 stories containing 588 residences; the second at 62 stories with 384 residences.