Advertisement
The Newspaper for the Future of Miami
Connect with us:
Front Page » Education » University of Florida research turning costly waste into county income 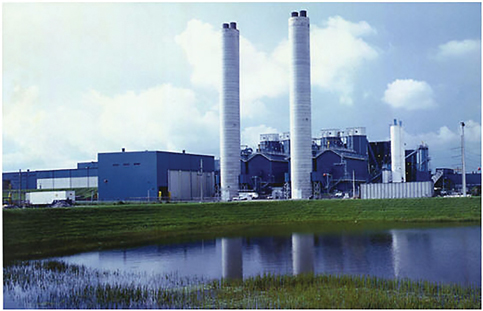 After extensive testing by a University of Florida research team, Miami-Dade County is one step closer to turning an expensive waste disposal headache into an income-producing asset.

“Our Resources Recovery Facility, where most of Miami-Dade County’s waste is incinerated to reduce its volume by 90% and create electricity, produces approximately 142,000 tons of ash each year,” said Michael J. Fernandez, director of the county’s Department of Solid Waste Management.

State law requires that the waste ash produced by this process be deposited in a secure ash landfill that must be maintained and monitored for at least 30 years after it’s filled to capacity and closed, at a cost to the county of about $330,600 a year, according to figures released in 2016.

County commissioners opted instead to ask the University of Florida’s Hinkley Center for Solid and Hazardous Waste Research to determine whether this waste byproduct could instead be marketed as a substitute for the coal ash used in the production of cement. If successful, the existing landfill would not only provide operational savings because of the reduced volume of ash deposited, but would last an estimated 90 years longer.

“Our research, which is in line with what we’ve seen taking place in Japan and Europe, shows that you can substitute the bottom ash from waste-energy plants for some ingredients needed to make portland cement at kilns, and it will meet the performance standards of the Florida Methods and American Standard Testing Methods,” said John Schert, executive director of The Hinkley Center, which was created by the Florida Legislature when the Florida Solid Waste Act of 1988 was adopted.

“The results of the Hinkley Center’s testing seem promising,” Mr. Fernandez said. “The use of our ash in the production of portland cement produced a product of similar quality to cement produced with the usual coal ash.”

However, he said, a small amount of metal still remains in the ash. The county is now conducting testing with its partner Covanta Dade Renewable Energy – the recovery facility’s operator – to find a cost-effective method to remove the metal that remains to make it more attractive to cement producers.

“We expect to complete testing by the end of the year,” Mr. Fernandez said. “Once the details have been worked out and agreements have been reached with cement producers, the ash would be transported to them.”

Changes in the waste industry field make this a particularly advantageous time, Mr. Schert said, for marketing bottom ash from solid waste incineration as a substitute for coal ash in the manufacture of portland cement. Because the bottom ash from the county’s Resource Recovery Facility is chemically similar to fly ash from coal-fired power plants, he said, it can help offset the shortage of fly ash caused by the closing of a number of coal-fired power plants.

As the electrical power-generating industry moves towards using renewable sources of energy such as solar panels, wind farms and natural gas – which has become cheap and abundant due to fracking – cement makers have resorted to importing coal ash from distant locations, driving costs up.

“It’s a win for the university, as we advance the state of the art of solid waste management through research, which turns into papers published in peer-reviewed journals and presentations at solid waste conferences and meetings,” Mr. Schert said. “It’s also a win because this research helps pay for students to get their advanced degrees in environmental engineering.”

For the county, Mr. Fernandez said, the bigger benefit is “accomplishing sustainability and resiliency efforts by reducing the amount of ash deposited on site at the ash monofill, extending its useful life.”