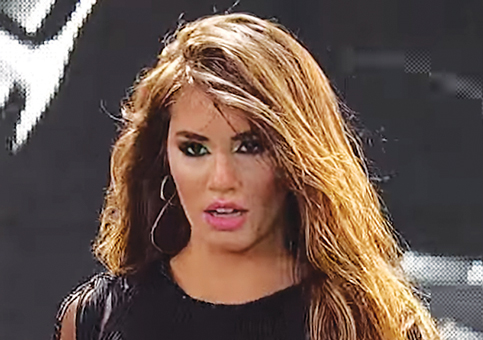 A reality television production focusing on a new women’s Latin pop “supergroup” that will air on Facebook’s on-demand streaming service has applied for Miami-Dade tax credits to film here and hire locally.

“For years, these female bosses blazed their own paths, racking up multi-platinum albums, millions of followers online, and devoted fans all over the world,” a show overview included with Entertainment One’s application to the county says. “But after several successful collaborations, they’re teaming up to work on a new [short album] of all-new original songs.”

The unscripted show is to also shoot in New York City and “potentially one small international trip,” but 38 of 48 total production days will be in Miami-Dade, the applications says.

The county Parks, Recreation and Cultural Affairs Committee today (2/13) is to be the first to consider the application, which would go to a final county commission vote March 3.

Of the 25 people working on the $5.7 million production, all but five are to be Miami-Dade residents. Entertainment One anticipates it will spend just under $1 million here while shooting the show, which will run digitally in 30-minute episodes on Facebook Watch.

“Each episode goes into their creative process and reveals how these powerhouses juggle career, motherhood, dating, fame, and family,” the application says. “Although the women are based in different locations, Miami is a common stomping ground, and they plan to meet there for recording.”

While the stars of the show will converge on Miami-Dade, their origins and impacts are international. Natti Natasha, born Natalia Alexandra Gutiérrez Batista, is a Dominican singer and songwriter who in the last two years won multiple Telemundo’s Tu Musica Urban Awards Premios Lo Nuestra awards. On Spotify, the world’s largest subscription music streaming service, she receives 21.4 million monthly listens.

“The women, along with a roster of all-star collaborators, will be writing, producing, and singing on the [short album], combining their unique musical flavors into one all-star supergroup,” the application says. “The women hope to channel their shared experiences into the music and deepen their friendships along the way. Ultimately, the goal is to release massive hits, and launch the project with a show-stopping concert.”

Falling short of $1 million in local expenditures qualifies “Latin Queens” for the lesser of two tax credit tiers offered through the incentives program, which the county launched July 18, 2017.

The move came after years of insufficient funding for a state incentives program that expired the year before. Between 2010 and 2016, the state program committed hundreds of millions of dollars to attracting productions like “Ballers,” “Bloodline,” “Burn Notice” and “Magic City,” which in turn spent hundreds of millions in Miami-Dade.

A 2012 study by the Greater Miami Convention & Visitors Bureau found that TV shows and films produced here provided the added value of reaching more than 1.5 billion viewers, equal to about $405 million in advertising.

But in the following four years, Tallahassee lawmakers declined to add new funds to the state program, prompting many industry professionals and production companies to relocate to states with better programs.

County Commissioner Sally Heyman over that time sponsored several items urging support of the state incentives program. After it died, she sponsored an item to create one here.

In addition to guaranteed spending in Miami-Dade, productions qualifying for a $50,000 tax credit must hire one local student, adhere to the county living wage ordinance, use at least 70% local vendors and produce at least 70% of the project here.

Productions with screen credits must also display a “Filmed in Miami-Dade County” logo in their credits and “include Miami-Dade County as a sense of place” in their programming, a county requirements overview says.