Advertisement
The Newspaper for the Future of Miami
Connect with us:
Front Page » Communities » City of Miami bond wave will target parks, culture spending 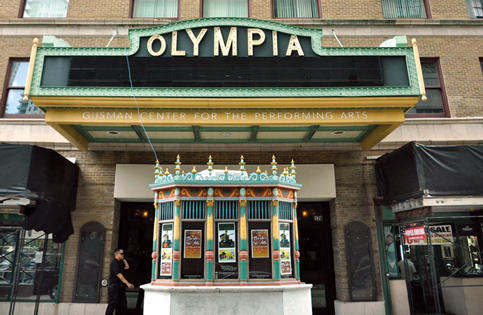 By April or May, the list for the next round of projects under the City of Miami’s $400 million general obligation bond could be sent for commission approval, with climate projects sitting out this round.

At last week’s meeting of the Miami Forever Bond Program Citizen’s Oversight Board, staff from the city’s office of capital improvements, which is managing the bond, updated board members with the progress of the first wave of bonds and gave additional details on what kind of projects could be chosen and the timeline of the upcoming bond issue.

Steven Williamson, director of capital improvements, and Miami Forever bond project manager Sylejman Ujkani shared what their department will recommend be the focus of the second wave of bonds: parks and cultural facilities, housing and public safety. Sea-level rise mitigation and flood prevention as well as roadway improvement projects will be handled in the third issuance.

In 2017, Miami residents voted in favor of The Miami Forever Bond. The funds are to be split among five categories: $192 million for sea-level rise mitigation and flood prevention, $100 million for affordable housing, $78 million for parks and cultural facilities, $23 million for roadway improvements and $7 million for public safety.

The city commission approved the first wave of bonds back in December 2018, selecting 33 projects totaling more than $58 million.

The reason given for not including for sea-level rise mitigation and flood prevention in this upcoming round of projects is because the city has not yet finished its storm water master plan. The pavement condition index is being finished as well, Mr. Ujkani said, which would inform the city’s strategy to improving roads.

“T3 [Tranche 3] is more like a strategy, and that’s sea level rise and flood prevention,” Mr. Ujkani said. “The reason why we’re pushing that to T3 is we’re still working on the storm water master plan. We don’t want to start investing yet until it’s complete and gives us a recommended infrastructure improvements for the flood prevention.”

The city, along with the FIU Metropolitan Center, recently unveiled an affordable housing master plan. That plan calls for the remaining $85 million allocated for affordable housing to be administered by a quasi-independent financial corporation that would leverage the funds. The plan sets a goal of developing or rehabilitating 32,000 units over 10 years.

“It will be our recommendation to our commission that this is the approach we take,” Mr. Williamson said. “Let’s get going on Tranche 2 now. We have significant park projects that need to go. We’re also going to highlight cultural facilities, which we didn’t do last time. We went after greenspace, which is obviously very important, but we have a number of cultural facilities in the city we need to address.”

Mr. Williamson mentioned several cultural facilities that could be taken into consideration, including the Olympia Theater at the Gusman, The Miami Marine Stadium Marina and the Coconut Grove Playhouse.

Board member Justin Trieger echoed Mr. Williamson’s comments, saying, “I just don’t want us to lose sight of the fact that part of the bond funding was supposed to be directed toward those facilities, and they, as you point out, have been neglected for a long time.”

The progress for the first round of projects is at 23%, according to data the office of capital improvements shared during the presentation. Touted during the presentation was the installation of 56 backflow valves, with the city receiving matching funds from the state that will allow for the installation of more valves. The valves mitigate flooding by preventing high tides from forcing water into the city’s pipes and into the streets.