Advertisement
The Newspaper for the Future of Miami
Connect with us:
Front Page » Communities » South Beach Business Improvement District advances 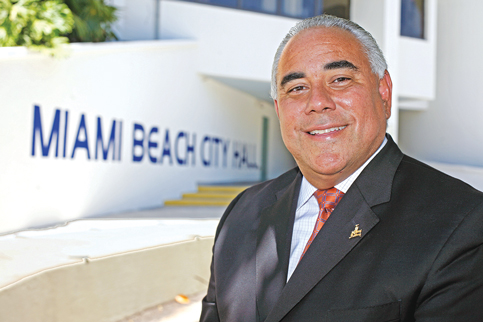 A special district aimed at improving the safety and appeal of Ocean Drive and Collins Avenue is inching toward reality.

At last week’s meeting, Miami Beach commissioners gave their preliminary approval to the proposed South Beach Business Improvement District (BID). If it clears all hurdles, it could result in a tax fund of over $2 million a year for the next 10 years to improve Ocean Drive and Collins Avenue.

The BID would levy special assessments on properties in the district that would go toward stabilizing and improving the district. The boundaries would be Fifth Street on the south and 1601 Collins Ave./1610 Collins Ave. on the north. The district consists of about 221 properties.

“The South Beach BID has been two years in the making,” Mayor Dan Gelber said in a press release. “Property owners and operators within the city’s Mixed-Use Entertainment District… have been eager to create an integrated district that combines the entertainment and nightlife offers on Ocean Drive with the retail and hotel offering along Collins Avenue.”

City Manager Jimmy Morales said the South Beach BID must now go through a special election, in which the affected properties will receive a mail ballot. That election will begin Feb. 23 and run five weeks. To pass, over 50% of the affected properties must vote in favor of the BID. The bid would then go to the city commission for a final vote, which is expected May 13.

The city has two other BIDs: The Lincoln Road and Washington Avenue BIDs. Mr. Morales said the idea for an Ocean Drive BID had been percolating for some time, but talks in earnest began about a year ago. He said business owners believed it would make sense to have a joint bid with Collins Avenue.

The board makeup would be determined after the election. Mr. Morales said that while there would likely be city representation and some city residents, the makeup would consist mostly of business owners.

According to budget projections in the city memo, $571,640 would go to security; the mayor and commissioners have expressed their concerns over the safety on Ocean Drive, with the city commission recently passing legislation on a preliminary vote that would mandate businesses along Ocean Drive that sell alcohol after midnight have off-duty police on site. Some of those funds would go toward off-duty police.

While the BID seemed to be moving along, last week also saw a vote on a proposed North Beach Community Redevelopment Agency get deferred after city residents expressed objections over the plan that would capture a large swath of the area.

Mr. Morales said there had been a misunderstanding that the proposed agency would be able to flout zoning or eminent domain, which it cannot, as well as grievances over the usage of “blight,” a word that he said was used to describe the area because it was mimicking the Florida statute. The agencies also require county approval.

Community redevelopment agencies must prove they meet the standards of either slum or blight. Under the financial tool, the agency is able to capture increased property tax revenue as property values increase, funds that would otherwise be diverted to the county or other parts of the city.

The item was deferred to February. Mr. Morales said the city would be hosting meetings before then to explain the benefits of creating the agency for North Beach, which he said was a great tool for improving infrastructure, parks, affordable housing and attracting business.