Advertisement
The Newspaper for the Future of Miami
Connect with us:
Front Page » Government » Legislature moves to drain funding pool for pro stadiums

Written by The News Service of Florida on January 21, 2020
Advertisement 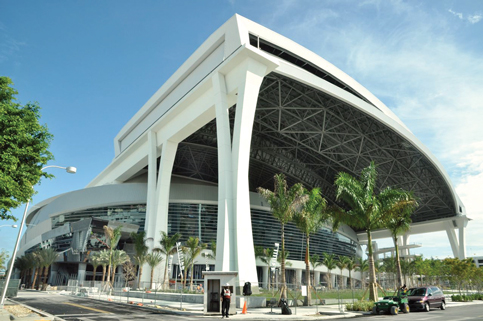 A proposal is once again in play to eliminate an untouched pool of state money set aside in 2014 to help build and renovate professional sports stadiums.

The House Workforce Development & Tourism Subcommittee on Tuesday quickly backed the proposal, which would repeal a funding program that spells out steps for state dollars to become available for stadium construction and renovation.

Without a Senate version of the bill, House Ways & Means Chairman Bryan Avila of Miami Springs said the repeal language may be included in any tax package the House develops.

“At that point, we’ll probably have a broader conversation in terms of whether this program should even be in existence,” said Rep. Avila, who is sponsoring the repeal proposal. “It’s a tax issue. It certainly has the potential to be in there.”

The bill’s next scheduled appearance is the Ways & Means Committee, which in past sessions has been the source of his chamber’s tax packages. The House and Senate then negotiate final packages.

Rep. Avila pushed a broader repeal proposal during the 2019 legislative session that also sought to prohibit the use of revenues from tourist-development taxes or convention-development taxes to finance or construct facilities that would be used by sports franchises.

The 2019 proposal was approved by the House but died in the Senate.

This year, the bill simply focuses on the stadium program, which makes available $13 million a year for work involving professional stadiums and events administered by the Breeders’ Cup Limited and NASCAR. Amid House opposition over the years, the money has gone unused.

The program was set up to prevent a repeat of the type of lobbying that occurred in 2013 when the Miami Dolphins unsuccessfully sought $350 million for stadium upgrades.

Currently, eight facilities in Florida receive up to $2 million a year in sales-tax dollars: Hard Rock Stadium and AmricanAirlines Arena in Miami, TIAA Bank Field in Jacksonville, Tropicana Field in St. Petersburg, Amalie Arena in Tampa, the BB&T Center in Broward County, Raymond James Stadium in Tampa, and the Amway Center in Orlando.

Rep. Avila has pointed to local spending on Marlins Stadium in Miami and the Legislature’s 2013 rejection of the a $350 million funding request for the Dolphins as reasons for opposing the use of public dollars for professional facilities.

“Certainly, South Florida has had its troubled history with subsidies going to these sorts of things in terms of building and constructing these arenas,” he said on Tuesday. “And we’re going to keep paying the price until 2045 or so. Given our history with it, it doesn’t make sense to have this program in place.”

A 2009 deal by Miami-Dade County to borrow about $400 million through issuing bonds for Marlins Stadium has been projected as costing more than $2.6 billion when the final payment is due in 2048.

The deal has been further criticized as owner Jeffrey Loria sold the team for $1.2 billion in 2017. Mr. Loria had acquired the team for $158.5 million in 2002, when the club played its home games in what is now Hard Rock Stadium in Miami Gardens.