Advertisement
The Newspaper for the Future of Miami
Connect with us:
Front Page » Business & Finance » High-paid employment growth tied to in-migration 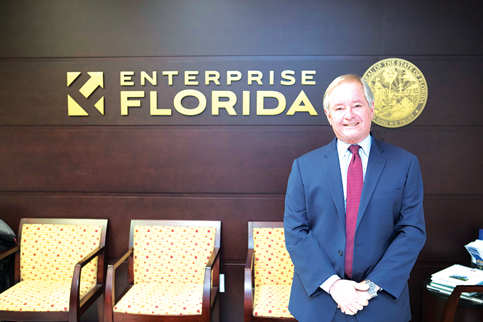 Observers expect 2020’s economy to be strong overall, with small upticks in employment, but there are some caveats.

“South Florida will continue to look strong in 2020, as will the rest of Florida; the healthcare and real estate industries will continue their strong performances of years past,” said Raul Garcia, CPA, a financial services principal at the Kaufman Rossin accounting firm and the chairman of the Miami Finance Forum, via email.

“Other industries are trying to make their mark, for instance, tech start-ups. However, it is important for leaders to make sure that the necessary infrastructure is in place in South Florida to support the evolution and maturation of the tech start-ups.

“The real question that should be asked is how many high-paying jobs will be created,” Mr. Garcia continued. “Creating low-income jobs is not feasible because the infrastructure is not there to support that workforce. Creating a significant amount of low-paying jobs will exacerbate [transportation gridlock.] In terms of jobs [created]; it is hard to zero in on the exact number of new jobs, but I do feel that the number will be directly correlated with the in-migration numbers into the region, from both the Northeast, other parts of the US, and internationally.”

While the growth picture is bright, storm clouds threaten, he said. “Obviously, cost of living and transportation are huge problems in South Florida; the area is unaffordable for low- to middle- income families and the lack of a functional mass transportation solution continues to zap money from both individuals, families and corporations dealing with the daily gridlock. These logistical issues should be at the forefront of all decision makers’ minds in South Florida if we expect to be a class A global destination for both businesses and individuals alike.”

“We expect Miami-Dade to have another year of solid expansion,” said Eric Po, US regional economist at IHS Markit, a London-based leader in critical information, analytics and solutions delivery to more than 50,000 business and government customers, including 80% of Fortune Global 500 companies and leading financial institutions.

“Employment growth is forecast to be 1.5% in 2020, outpacing the national average once again,” Mr. Po said via email. “Other similarly large metros in the state, such as Orlando and Jacksonville, are expected to have more rapid gains, benefiting in part from higher population growth relative to Miami-Dade.

“In comparison with 2019, hiring activity will be slower,” Mr. Po continued. “Although the national economy remains strong and interest rates are low, a tight labor market is a major factor restricting the extent to which businesses would like to expand. The shortage of workers is not only making it harder for employers to find labor, but also leading to higher wages, lowering businesses’ bottom line. That trend, also seen on a national level, has a particularly intensified effect in Florida more generally, where the proportion of residents above the age of 65 is significantly higher. Roughly a fifth of the population is over 65 in Florida, versus about 16% nationally. Miami-Dade is a less extreme case, because of its more balanced age distribution, but the challenge is still there nonetheless.

“Looking at the industry level, wholesale trade, warehousing, and transportation services are expected to contribute significantly to employment growth in 2020 – nearly 15% of overall gains, which is relatively high in comparison with our expectations at the national level. Those sectors have been key drivers of the local economy because of PortMiami, one of the largest ports in the world.

“Because a major portion of exports from Miami are sent to South American countries such as Brazil and Colombia, which are projected to expand moderately this year, hiring will to some degree be correlated with foreign demand in that region. Leisure and hospitality services, meanwhile, will also have a prosperous year, bolstered by continued strength in state tourism and consumer confidence. A strong national economy boosts the industry as people are willing to eat out more often and engage in leisure activities.

“In summary, we expect that Miami-Dade’s economy will expand at a solid pace in 2020, driven by industries supported by port activity and robust consumer demand,” Mr. Po said.

“In 2019, trade was flat, going both ways,” he said. “We expect modest improvements in Latin America in 2020. I’m not talking major gains, maybe somewhere in the 2% range, but that will be very positive for some of our best trading partners, including Brazil, Mexico and Colombia.”

The signing of the new treaty to revamp NAFTA and the trade agreement with China should also help international trade, he said. “Higher tariffs should ease, which is a positive, because we import more from China than from any other country.”

Whatever is good for trade is good for employment, he said, because 2.5 million Florida jobs are tied to trade, logistics, and supply-chain management. A disproportionate number of those jobs are in Miami-Dade, he said, the most international of Florida counties.