Advertisement
The Newspaper for the Future of Miami
Connect with us:
Front Page » Government » Region pours in funds to bring Super Bowl to Miami

Region pours in funds to bring Super Bowl to Miami 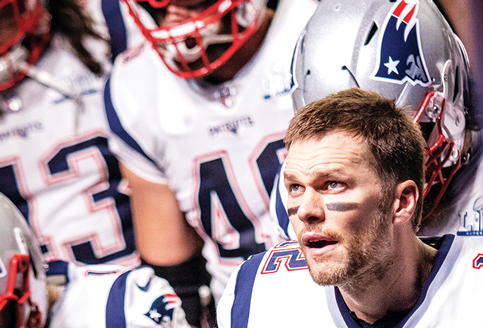 A lot of money is going into Super Bowl LIV, including multimillion-dollar television ads and big-ticket sponsorships, and South Florida is likewise pouring funds into bringing the big game here for the record 11th time.

Ray Martinez, executive director of the Miami Super Bowl Host Committee (MSBHC), told Miami Today that while he couldn’t say what the exact amount is that local governments are spending to play host, “it would not be possible to bring the Super Bowl to Miami without [their] support.”

“Miami-Dade, City of Miami, Miami Beach and even Palm Beach and Broward counties have helped in partnering or supporting to bring the Super Bowl to town,” he said.

Miami Today previously reported that the Miami Downtown Development Authority had committed to donating $220,000 to the host committee, including $100,000 in cash, $85,000 for traffic planning and $35,000 for additional working shifts of the Downtown Ambassadors and Downtown Enhancement Team.

Host committee Vice President Brian Bishop said in April that the game and the various ancillary activities surrounding it would, as in the past, generate a significant economic impact for the region.

Much of that impact would be in downtown Miami, where some 15,000 hotel rooms are already reserved for players and attendees and MSBHC’s marquee event, Super Bowl Live, will be free and open to the public Jan. 25 to Feb. 1.

The city development authority late last year approved spending $643,371 on new LED lighting in parts of Bayfront and Maurice A. Ferré parks. Of that amount, $300,000 is to come from funds paid by the National Football League, with an equal match from the city.

Miami Today reported in June that Miami Beach agreed to cover the costs of Super Bowl LIV events, including $178,250 in permitting fees, $400,000 to help the host committee organize events within city limits, $250,000 for public services at those events and an $857,541 convention center rent fee credit.

Mr. Martinez said governments and businesses here, as well as their employees, will see a significant return on their investments, from broad exposure during the televised game Feb. 2 to a massive infusion of outside dollars into the local economy in direct spending and related taxes.

“What the Greater Miami Convention & Visitors Bureau does year-round, the Super Bowl magnifies tenfold – a hundredfold,” he said. “The hotels are sold out, with at least three-night minimums in most. Rental cars, restaurants and airfares are booked, and everything is at a premium during that time period.”

Measuring Super Bowl LIV’s economic effects will have to wait until after the event is over, he said, but earnings from past big games here and elsewhere place the figure at around $400 million.

“But I’m expecting even more than that,” he said. “Just the amount of interest in the game here is incredible. People want to come to Miami naturally. When you throw in the Super Bowl, it’s going to be something special.”

Super Bowls are designated by the US Department of Homeland Security with a Special Event Assessment Rating (SEAR) 1 classification, the highest possible security level bestowed by the department.

That places it on the same security level as presidential inaugurations, national political conventions and the World Cup, he said, meaning it’s a potential target for terrorist acts and other large-scale criminal activities.

As such, local and state agencies are contributing and sharing resources, including a coordinated effort by Florida’s Highway Patrol, Law Enforcement and Emergency Management departments, as well as the state wildlife commission.

“The federal government [also] brings their resources to bear, including the FBI, Homeland Security, Department of Defense, United States Coast Guard and Secret Service,” he said. “And there’s no cost to that. It’s just something they provide.”

Fortunately, in being a regular hotspot for big events and the No. 1 destination for Super Bowls in football history, law enforcement and emergency authorities are well prepared for what needs to be done, he said.

“Our first responders really do a great job of working together,” he said. “They know each other, there’s a relationship there, and you can’t put a price tag on that.”