Advertisement
The Newspaper for the Future of Miami
Connect with us:
Front Page » Real Estate » Palmetto Bay hospital zoning battle in court 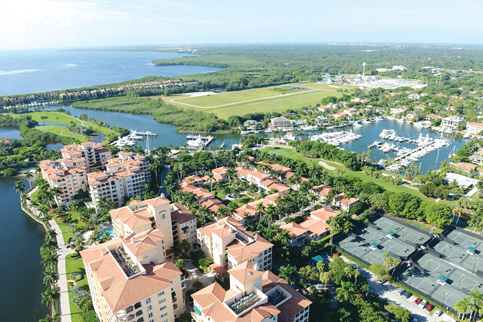 A zoning battle between the Village of Palmetto Bay and a developer intent on building a 200-bed hospital has devolved to several lawsuits, with a hearing scheduled for the end of the month.

Luxcom Builders acquired a property on the northeast corner of Southwest 152nd Street and 67th Avenue from Florida Power & Light for $33 million and then proposed a hospital on a 71-acre campus. But Luxcom’s plan to build a hospital remains up in the air.

Yacht Club by Luxcom LLC is challenging an amendment to the village’s future land use map that changed the land use designation of its property. The case is to be heard by the state’s Division of Administrative Hearings from Jan. 29 to 31 in the village.

The lawsuit claims that while under contract to purchase the property from FPL, Yacht Club sent a letter Nov. 15, 2018, to the village’s interim planning and zoning director at the time, Mark Alvarez, to get confirmation of the property’s usages. Mr. Alvarez responded, saying that the development (exclusive of the western 10-acre portion) could indeed be used for, among other things, a hospital or a non-profit medical facility.

The suit also claims the village hired Calvin, Giordano & Associates as an independent land planning consultant to analyze the property. The consultant’s report recommended that the land use designation should be changed from institutional and public facility to low-density residential, which would allow for 2.5 dwelling units to 6 dwelling units per acre. The firm concluded 140 to 200 single-family dwelling units could be built on site.

However, the suit claims that the village council approved an amendment, which was sponsored by Vice Mayor John DuBois, to change the property’s designation from institutional use to estate density residential, which stymied Yacht Club’s plans for the hospital. The city voted on first reading on April 22, 2019, and on the final vote on July 30, 2019.

The lawsuit also raises several other claims, including that the village did not properly notice one of the hearings and that the adoption of the ordinance was predetermined, with the village acting as the sponsor, reviewer and adjudicator of the plan amendment.

Yacht Club filed another lawsuit in circuit court over the zoning changes for the property that were also approved by the village council on July 30, 2019. The village is to show cause by Jan. 24.

In April of last year, Yacht Club also filed a lawsuit against the village, seeking injunctive relief for the rezoning. After the village’s motion to have it dismissed was granted, Yacht Club appealed to Florida Third District Court of Appeal.

Claudio Riedi, who is representing the Village of Palmetto Bay for lawsuits along with the village’s former attorney Dexter Wayne Lehtinen, said that village is of the position that the council’s decisions conform to the law.

Michael Moskowitz, attorney for Luxcom, told Miami Today back in August that the zoning changes by the village were made because council members opposed the development, “that it’s our belief that they did so intentionally to derail the project because they, the village, and perhaps certain citizens did not want a hospital campus to be constructed on this site,” he had said.

Vice Mayor DuBois had told Miami Today in August that the village council did not believe the property’s prior zoning allowed for a hospital.

“There was no use that they were entitled to other than continuing to use it as a power plant without us changing the zoning on it,” Mr. DuBois had said.

He said he had drafted the legislation a year before Luxcom purchased the property to properly define what the land could be used for.

The proposed hospital would feature about 200 beds, a 24-hour emergency room, an emergency helipad and an emergency dock. Luxcom CEO and Chairman Oscar Barbara had said in a press release that the hospital would serve Palmetto Bay and the surrounding areas, which is growing in population.