The legislature is again being asked to order a probe into the minds of every faculty member and student in every public Florida university. We test learning regularly, but this misbegotten probe would pry into beliefs.

A similar bill died last year. This one deserves the same fate. A government probe into what people think sounds more like the Spanish Inquisition, the Soviet Union or the Cuban Revolution than an enlightened Florida in 2020.

The whole idea is ludicrous, but once the legislature goes to work Jan. 14 anything could happen – including probing campus minds and cataloguing all results because a few legislators worry that someone is toying with free thought on campus.

But apparently it isn’t absurd to state Rep. Ray Rodrigues of Estero. He’s worried that liberals are encouraging students to think one way so he’s going to force everyone to unveil their thoughts – the list of thoughts is not specified, so it could be anything at all – to make certain not too many people think another way when they should be thinking just like him.

When he pushed the bill last year Rep. Rodrigues said he had no idea what the legislature would do with the results after testing the thinking patterns of hundreds of thousands of minds. That, he said, would be left up to successors in the legislature because he is term limited.

Exactly who would do the probing, what thoughts they would hunt for, who would evaluate answers on what scale or how answers would be categorized statistically would be decided later by someone yet to be chosen.

So would the most important question: what happens to professors or students who won’t fess up to thoughts that might not be wholesome – at least, not as Mr. Rodrigues and like-minded legislators categorize them.

What if the subjects of the inquisition won’t talk? Do students flunk? Do professors get fired? Is someone jailed for not following the rules of The Thought Inquisition? Does a record go in a file somewhere for everyone who won’t talk or says the “wrong” thing, as authorities categorize “wrong”? Are records sent to the FBI of possible subversives?

All the answers are left to be filled in if this legislative trash were to somehow pass both the House and the Senate and then get the governor’s signature.

It’s not unheard of in this nation for state government to pry into what teachers think and try to ban ideas with which a majority in the legislature disagrees. 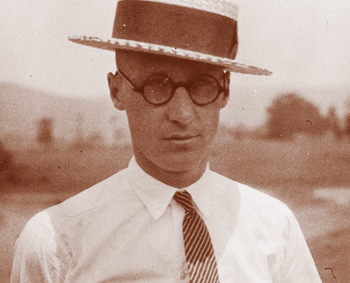 A century ago Tennessee banned the teaching of evolution because government was certain that it could not exist. A substitute teacher named Scopes who espoused evolutionary thoughts was fined $100, giving attorney Clarence Darrow global fame for making monkeys of state government in the so-called Scopes monkey trial.

Now science and educators espouse evolution, though there should be academic freedom for an educator to express doubts about what everybody “knows” is right. With no doubt there is no advancement of knowledge – we’re stuck in “today” forever.

But if Mr. Rodrigues has his way, maybe modern thought will be required, or maybe we’ll be going back to the old ways of thinking at the flat earth society.

The point is, we’re happy to let him think his way and have in his mind any ideas he thinks are right. We just don’t want him messing with what others are thinking or are allowed to think.

Just as the voting booth is private and voters can choose whoever they want in confidence of no retributions, so the human mind should be private, with faculty and students (and the rest of us, too) able in confidence to think what we want, with no fear of retribution from the thought police.

So what if some professor thinks the “wrong” thing, or tells a class what those thoughts are? It’s going to happen later, in the world of work. Students need to be able to test and sort crackpot theories in science or politics or whatever from what they themselves choose to believe.

Students shouldn’t be put in an isolation ward where they are protected from hearing ideas that others find stressful or wrong or downright stupid. If there is only one right way to think, today’s students aren’t going to be thinking adults when they graduate, only robots.

Florida law should not put people who should be thinking academically into the position of learning by rote the only “true” facts, like the earth being flat or the airplane being fiction. Don’t forget, those once were “the facts.” Only crazy folks like Columbus or the Wright Brothers thought otherwise, and then proved their case.

When this know-nothing legislation died earlier this year, Appropriations Chairman Rob Brantley warned fellow senators the so-called intellectual freedom survey would “keep coming up again” and he urged the Senate to block it from passing every time.

He was so right on both counts: like the flu, the anti-intellectual measure is back again this year, and Florida again requires a legislative inoculation to keep it from spreading.