Advertisement
The Newspaper for the Future of Miami
Connect with us:
Front Page » Healthcare » Miami dips toe into monitoring Biscayne Bay water quality 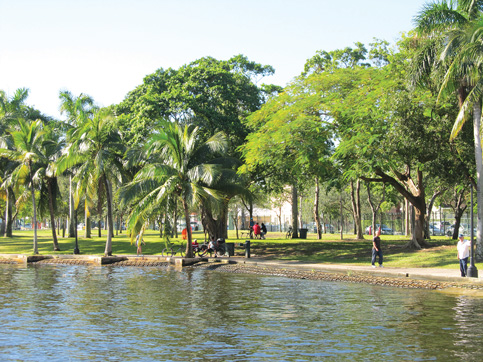 Who’s looking out for Biscayne Bay?

The City of Miami wants in on the monitoring. City commissioners approved a resolution for the city administration to work out a deal with Miami Waterkeeper, in which the not-for-profit will provide regular testing of the body water that bumps against the city’s eastern boundary.

“Clearly, water quality is normally a county issue, but we recognize that we need to step above and beyond,” Commissioner Ken Russell said. “And with Waterkeeper as a partner we can go above and beyond the actual monitoring levels that are taken at the county so we can better identify the source of the fecal contamination.”

The organization requested $50,000 for the first year, of which $42,000 would go to staff time and transportation for water quality testing, with six sites tested weekly, according to the proposal. The remainder would go toward sampling equipment and supplies, and the Swim Guide Build-Out and promotion.

In the proposal directed to Alan Dodd, the city’s director of resiliency and public works, Miami Waterkeeper states it is dedicated to protecting the bay and surrounding watershed.

“Water quality issues can seriously impact the health of those who come into contact with water,” the proposal reads. “Water and beach recreation are key to life in Miami, but despite extensive recreational water use of Biscayne Bay adjacent to the City of Miami, the Florida Department of Health conducts limited testing off the urban shoreline.”

The six sites that are to be tested are Ransom Everglades, Shake-a-Leg and Kennedy Park in Coconut Grove; Brickell; Jose Marti Park in Little Havana; and Morningside Park.

Among the agencies that already test the water quality of the bay are the county’s Division of Environmental Resources Management and the state as part of the Healthy Beaches Program, which Miami Waterkeeper states only tests for sewage bacteria at the Rickenbacker Causeway and in Oleta Park.

Back in February, the county created a nine-member task force to address Biscayne Bay’s declining status. The Biscayne Bay Task Force is tasked with creating a written report with recommendations to the mayor and county commission concerning the problems facing the bay, as well as deciding what projects should be prioritized and making recommendations about state and federal legislation.

In an op-ed in the Miami Herald, Irela M. Bagué, chair of the Miami-Dade County Biscayne Bay Task Force, notes that the according to recent studies, the health of the bay is at a “tipping point.”

“Biscayne Bay is vital to our economy,” Ms. Bagué states. “Miami-Dade County’s annual GDP is more than $100 billion, and a large part of it stems from real estate, trade and tourism, all of which depend on a healthy environment.”