Advertisement
The Newspaper for the Future of Miami
Connect with us:
Front Page » Government » Big deadline nears for opportunity zones 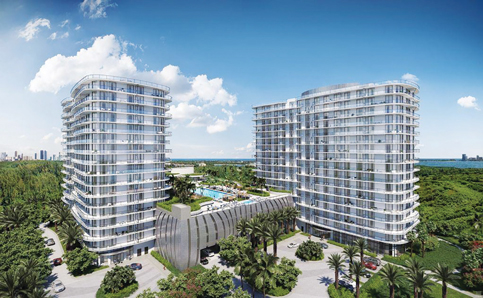 With the deadline to receive full benefits less than a week off and a new, voluminous document from the IRS further detailing regulations, opportunity zones – Census-designated areas targeted for tax-incentivized development – remain a hot subject.

In essence, the federal opportunity zones program is meant to spur improvements to low-income neighborhoods by rewarding investors who spend money on developments, businesses and other localized economic generators.

“For us as a community … money can be invested in almost anything [within those areas],” said Jaap Donath, senior vice president of research and strategic planning for the Beacon Council. “There are some exclusions, including what they call ‘sin industries,’ but almost any type of project in an opportunity zone can be used by these funds.”

Miami-Dade has 67 such tracts, more than what former Gov. Rick Scott designated for Broward and Palm Beach counties combined. In total, 427 opportunity zones dot the state.

The zones are all but evenly distributed here. There is none in West Dade and a disproportionate concentration in the south, center, north and northeast parts of the county, including an enormous swath across Little Haiti, Brownsville, Gladeview, West Little River and Allapattah.

The longer investors keep their money in an opportunity zone, the more they can save on capital gains taxes. For example, a person who reinvests a $100 capital gain in an opportunity fund by the end of this year only has to pay taxes on $85 of that if he or she keeps that investment there for at least seven years.

If the money is kept there for 10 years, an investor pays no capital gains taxes on whatever is earned from that opportunity zone investment.

Over a decade, investors could increase their returns by 70%, according to an analysis by accounting firm Novogradac cited by the New York Times.

The program is also versatile, Mr. Donath added, as other programs that are part of state and federal housing initiatives can, in turn, qualify as zone investments.

“We can stack some of the other benefits that we offer,” he said.

Investors have limited time left to take full advantage of the program; eligibility to receive the first third the possible 15% reduction in appreciation capital gains taxes falls to the wayside Jan. 1.

“In the past, most of the federal-level programs provided money to incentivize development and economic generation in underserved areas,” said Mr. Kasdin, managing partner of law firm Akerman’s Miami office. “What this is doing does not involve any outlay of federal funds, and it’s not just residential. It’s hotels, a new startup business – anything. The whole key is investing in the zone. It’s very broad.”

Home values in designated Florida opportunity zones are also nearly half that of the state median.

On the surface, the program, born of six pages in the Republicans’ Tax Cuts and Jobs Act of 2017, is properly geared toward its expressed goal.

But because so much of the information used to pinpoint areas in need came from 2010 Census data, some areas receiving benefits no longer need the help, attorney Ronald Fieldstone said.

“It’s 2019, and I’m looking at information from nine years ago,” said Mr. Fieldstone, partner at Saul Ewing Arnstein & Lehr. “We have statistics every year on unemployment. The selection process of each state government, in using old data, has skewed the better opportunities to areas that have already been gentrified.”

Some neighborhoods and projects approved for incentives stand in stark contrast with the program’s stated intent. Take Miami’s Design District, where property values have skyrocketed over the past decade amid heavy investment in the area.

Parts of the neighborhood still made the cut in receiving opportunity zone designation, leading to tax incentive eligibility for a planned 86,000-square-foot retail and showroom building there by developer BH3.

On its website, the company describes the Design District as “thriving.”

In addition to starting off in better condition, Mr. Fieldstone said, the more well-to-do neighborhoods marked as opportunity zones are also being developed first because of their comparatively healthier economic viability.

There’s nothing wrong with taking advantage of opportunities the government provides, he said, and while figures from the forthcoming US Census would make a big difference in choosing the most appropriate areas for upgrades, the information would come far too late.

“The Census doesn’t get published until 2021, so you’d be talking about a four-year delay, and they wanted to get this going,” he said. “It was a political animal. The reality was, because of the [old] Census data, it did create situations that were maybe unintended. But it wasn’t done in bad faith. It’s just reality.”