Advertisement
The Newspaper for the Future of Miami
Connect with us:
Front Page » Profile » James Kohnstamm: Advances economic development at Beacon Council 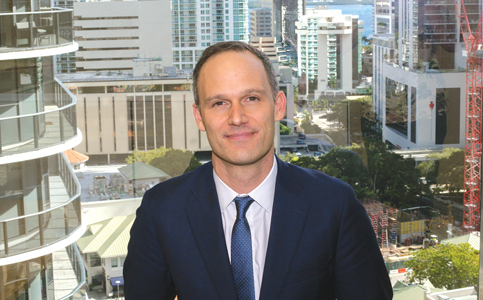 Last year, Amazon was a fixture in national headlines as it scoured North America for a second headquarters location. In a joint effort, Miami-Dade, Broward and Palm Beach counties tried to lure the mega-company to South Florida.

While ultimately not selected, the area was shortlisted, and the exposure that came with that highlighted all that South Florida has to offer. James Kohnstamm, the Beacon Council’s executive vice president of economic development, was in the thick of it all.

It was the culmination of over 10 years working at the council. Having assumed his new role back in July, Mr. Kohnstamm now oversees the council’s central division. In prior roles at the council, he focused on economic development in the aerospace field.

He says he wants to remain working in economic development for the foreseeable future, adding that it challenges him every day.

“I’m just excited that now I have the opportunity to put in place or test out some of my thoughts or ideas. So for the foreseeable future, I’m hoping to grow in this role and really try to continue to push for the council forward.”

The Beacon Council is Miami-Dade County’s the economic development organization. It works closely with commissioners and the mayor’s office to help draw new business to the county and retain its businesses.