Advertisement
The Newspaper for the Future of Miami
Connect with us:
Front Page » Business & Finance » 84 more hotels in the wings for Miami-Dade market

84 more hotels in the wings for Miami-Dade market 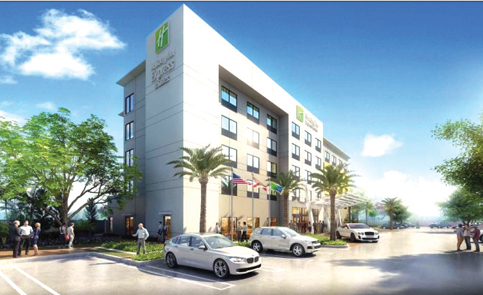 A new wave of 84 announced hotels could catapult 16,135 more hotel rooms into the Miami-Dade market within four years, adding more than 27% to hotel capacity at a time the industry is also feeling the growth of short-term rental services operators like Airbnb.

In the first 10 months of this year the market added nine hotels and 894 additional rooms, with a total now of 58,175 rooms in the county, according to the industry benchmark STR Destination Report.

But while capacity has been growing and plans for more capacity skyrocketing, hotel revenues have not. In October, STR reports, county industry revenue was down eight-tenths of a percent from October 2018 at just under $195 million. Total room capacity was up 2.6%, but the average daily room rate was down 3.6% and revenue per available room was down 3.3%. With the added rooms, for the year as a whole occupancy is down 1.7% while demand is up 1.9%.

Not all of the 84 hotels that STR lists in its pipeline report may end up be built, but the pipeline is gaining in capacity. Six months ago the pipeline listed 75 projects that were projected to total 13,364 rooms, versus 84 with 16,135 today.

The pipeline is not all-inclusive, either. While the Florida Board of Governors in March approved a public-private project to build a 150-bed hotel to open in 2021 at an alumni and conference center on Florida International University’s main Tamiami Trail campus, that hotel is not listed in STR’s pipeline.

Largest by far among projected hotels is the Marriott Marquis Miami Downtown at 700 N Miami Ave. in the Miami Worldcenter complex. STR projects that hotel to open May 1, 2022. It is expected to become a hub for large meetings and events.