Advertisement
The Newspaper for the Future of Miami
Connect with us:
Front Page » Business & Finance » Miami-Dade looks to build freight ties with Brazil, Paraguay 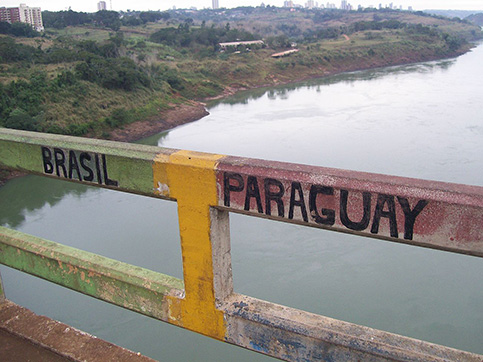 Landlocked with just 7.15 million people in an area more than twice Florida’s, it’s “the eighth-most important beef exporter in the world,” he said.

Export.gov on July 23 ranked Paraguay exports seventh-most for beef, top for organic sugar, second for stevia and sixth for soy.

Paraguay, Mr. Souto said, is “strategically located” between Argentina, Brazil and Uruguay. For cargo, it uses a 1,675-mile river “that is like a smaller Mississippi [that] comes down from Bolivia.”

Mr. Kuryla saw “the same shipping lines that are calling on Miami” on the Paraguay River. “We’re trying to see how we can get that cargo.”

Miami’s lack of direct Paraguay flights could soon end, Mr. Sola said. “We are working with Paraguay to establish a direct route for the airport. We have an incentive program that’s been approved by this board to assist us.”

Although Brazil cargo is top at Miami International Airport, PortMiami has yet to hit a similar boom, Mr. Kuryla said.

“It’s a $1.9 trillion GDP, and right now it’s not yet within the port’s top trading companies,” he said. “It’s our goal to bring those leather goods, bring that hide, bring – when permissible – refrigerated beef from Brazil to PortMiami by establishing new trade links.”

One Response to Miami-Dade looks to build freight ties with Brazil, Paraguay