Advertisement
The Newspaper for the Future of Miami
Connect with us:
Front Page » Arts & Culture » Art Basel artistry also comes in moving the artwork 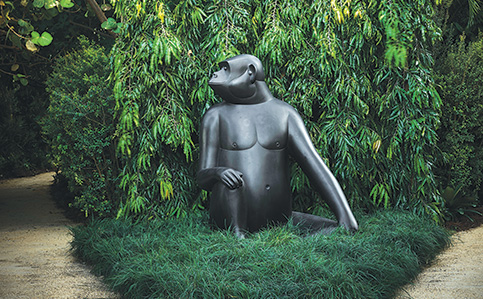 Art Basel has pumped billions into the local economy, and has helped create a new niche: firms that have quickly become experts in moving delicate – and shockingly expensive – art works.

Art collectors and galleries generally employ art handlers who take responsibility for the works, he said. “Some galleries provide all of the logistics,” he added. They prepare the art for shipping, from the gallery or home to the exhibition space.

The art is crated in reusable solid wood that’s not marked, “so it stays under the radar,” Mr. Withers said. For security reasons, “The crates are made to allow the art to be shipped right to where it’s going” rather than make several stops, he added. “We have special dedicated air-ride trucks and equipment if it’s going to be transported by land. Some pieces go by air, by FedEx or DHL. These things are all planned months in advance.”

Though transporting art for the shows is a demanding and time-consuming process, Withers Transportation Systems doesn’t hire additional crew, he said. “We’ve had guys who have been with us a long time. We’re not hiring temporary labor.”

If a piece is particularly large, the artist may create it in pieces so that it can be taken apart at the gallery or a collector’s home and re-assembled at the exhibition space, he said. “Sometimes, if it’s a big piece, the artist reinforces where it will receive the most stress. They know how it’s going to be lifted.”

That was the case when his company was charged with moving the giant gorilla that is part of Raleigh Gardens, a public exhibition at the Raleigh Hotel on Miami Beach. The artist created the piece so that the head could be removed and re-attached onsite, Mr. Withers said.

The gorilla is part of a show that pays homage to Claude and François-Xavier Lalanne, who together are known as Les Lalanne. The two found inspiration in nature, and many of their most famous sculptures are stylistic and whimsical renderings of animals.

“Most recently, Les Lalanne were the subject of a major retrospective at Les Arts Decoratifs in Paris and a large-scale public exhibition at the Fairchild Tropical Botanic Garden in Coral Gables,” said the website of the Kasmin gallery in New York City. “Their work was also featured on New York’s Park Avenue and Getty Station, and in the sale of the collection of Yves Saint Laurent. Their work is included in major collections including the Cooper Hewitt Museum in New York, the Museé Nationale d’Art Moderne/Centre Georges Pompidou, the Museé d’Histoire Naturelle in Paris, the City of Paris, the City of Santa Monica, and the City of Jerusalem.”

“In a nod to the Raleigh Hotel’s epic past as an icon of culture and style … the exhibition brings together more than 40 exceptional Lalanne works from the collections of Michael Shvo, architect Peter Marino, Andy Warhol muse Jane Holzer, and gallerists Paul Kasmin (New York), Ben Brown (London and Hong Kong) and Jean-Gabriel Mitterrand (Paris),” said a release by SHVO, the development firm of which Mr. Shvo is chairman and CEO.

“This exhibition is a labor of love for the people of Miami, not for Art Basel, but for the whole community,” Mr. Shvo said in the release. The show opened Nov. 22 and runs through Feb. 29, 2020, from noon to 8 p.m. daily.