Advertisement
The Newspaper for the Future of Miami
Connect with us:
Front Page » Education » Despite tax for raises, teacher vacancies creep up

Despite tax for raises, teacher vacancies creep up 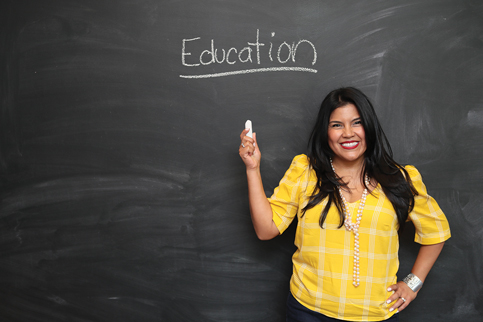 One year after Miami-Dade residents voted to tax themselves more to give teachers a raise and improve school security, the county public school district has roughly the same number of staffing vacancies, school spokespeople say.

Voters on Nov. 6, 2018, overwhelmingly approved a ballot measure to increased homeowner tax bills, a move estimated to generate around $232 million over four years.

Eighty-eight percent of those funds was to go toward salary hikes for teachers and counselors, school board members agreed, with the remainder to be used to hire more officers for every school, as required by a state law Florida legislators OK’d six months earlier.

But despite better pay and boosted safety, the school district has more teacher vacancies now than it did this time last year, said Rolando Martín, director of communications for Miami-Dade County Public Schools (MDCPS).

Mr. Martín said in an email that, as of last week, the school district had 257 openings in critical core subject areas. At the same time last year, it had 248 openings in those areas.

Staffing shortages, he said, are in the same areas they’ve historically been: exceptional student education (special education), followed by a shortage of “strong teachers in the areas of math, science and language arts/reading.”

Staffing is adequate in most other core subject areas, he said, “although given the size of our district and the total number of schools, at any given time we can have vacancies across numerous subject areas.”

“To ensure we have the most qualified teaching candidates for employment within MDCPS, the Office of Human Capital Management has collaborated with the Office of Budget Management to award advanced contracts or commitments to hire,” she wrote.

Other outreach efforts, she said, include:

Year-over-year teacher rolls hit a 22-year low in April, according to a Miami-Dade Public Schools figures that showed staffing fell to 17,798 teachers despite a more than $2,500 increase in average salaries from the previous year.

It marked the lowest level of staffing since 1997, when the school year commenced with 17,687 teachers. Between then and now, teacher rolls never fell below 18,000.

The numbers run contrary to Superintendent Alberto Carvalho’s assertion in August 2018 that Miami-Dade’s staffing levels would be better “than last year or the year before, which is counterintuitive considering the teacher shortage trends observed across the country.”

“What we see here is a big shift, where they’re trying to privatize [public education],” she said. “There’s no problem with private schools. They were established for a reason, and there’s no problem with charter schools or charter school teachers either. But they shouldn’t be funded with public tax dollars because they do not have any public oversight. They are not accountable to the public. Public schools are.”