Advertisement
The Newspaper for the Future of Miami
Connect with us:
Front Page » Transportation » Per passenger cost up 10% as transit ridership fell 8 million

Per passenger cost up 10% as transit ridership fell 8 million 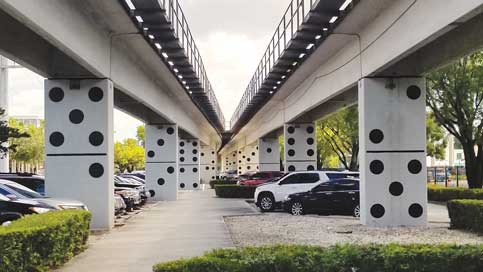 Ridership on Miami-Dade transit fell by nearly 8 million passenger trips between 2017 and 2018, resulting in higher per-passenger operating costs, figures released by the county Department of Transportation and Public Works show.

The result: a 10% system-wide year-over-year increase in per-passenger costs. In 2017, operating expenses per passenger trip were $6.16. A year later, they shot up to $6.77, according to the county’s National Transit Database reports.

That’s in part due to Miami-Dade Transit running fewer vehicles and reducing its operations by nearly 2 million revenue miles in 2018 compared to the year prior.

One reason for those figures is that the county shaved 45 minutes off its nightly Metrorail services, closing at midnight rather than 12:45 a.m., and cut Metromover services at midnight instead of a half-hour later.

The county also didn’t raise any fare rates, maintaining a $2.25 charge to ride one-way on Metrobus and Metrorail and $3.50 for STS. Metromover, fully subsidized by the countywide half-percent sales tax known as the “half-penny,” remains free.

Good news for all is that Miami-Dade Transit’s system-wide reliability rose dramatically last year, with reported revenue miles between system failures shooting up 34.5%, from 2,348 miles on average in 2017 to 3,158 in 2018.