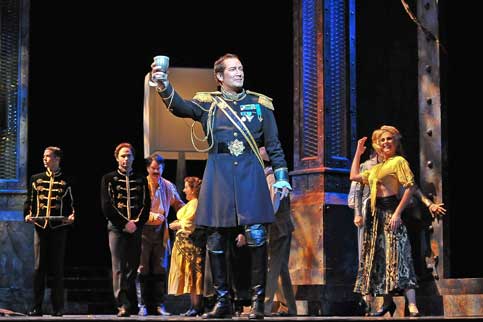 Florida Grand Opera is on the hunt for its new home after selling its Doral headquarters.

“We are looking for a facility that is more sufficient and aligns with our organization,” Kal Gajraj, the opera’s chief marketing officer, said Tuesday. “We want to go to a facility that we can customize and make it into a working studio that meets our needs.”

The Doral property was built in 1997 on a 1.7-acre lot and is now assessed at about $5.25 million, according to the Miami-Dade County property appraiser’s website.

Mr. Gajraj said the opera has not decided on a specific building or location just yet.

“There are a couple of properties that are being considered, but we will be staying in Miami-Dade County for sure,” he said.

In 2013 Miami Today reported on the opera selling its downtown Miami property, once slated to be its headquarters, and deciding to remain at the Doral location, which at the time was suitable for its needs.

Mr. Gajraj said the opera will be sharing the Doral Center with the new owners for a few months until they figure out where their next home will be. The opera, he said, will continue to use the Adrienne Arsht Center for the Performing Arts for most of its rehearsals.

“It will take us about six months to a year to find the right location,” he said.