Advertisement
The Newspaper for the Future of Miami
Connect with us:
Front Page » Communities » New Miami-Dade courthouse ahead of schedule at lower cost

New Miami-Dade courthouse ahead of schedule at lower cost 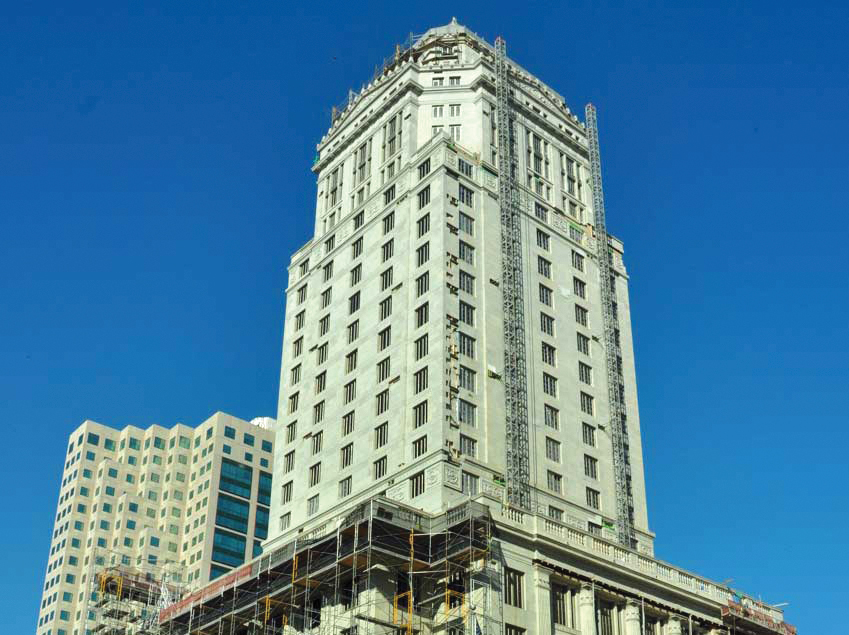 Talks leading to building a new civil courthouse on Flagler Street are “going well” with top-ranked development team Plenary Justice Miami LLC, according to Dan Chatlos, strategic programs director of Miami-Dade Internal Services – so well, he said, that negotiations should end this week.

“That will keep us on track to put an item before the board in November – about six months earlier than anticipated from the original project schedule,” he told Miami Today.

Steps are already being taken to further secure the site next to the 91-year-old courthouse it is to replace, including fencing that county staff installed this month.

Barring unforeseen hurdles, design and then construction of the estimated four-year project will begin in February, at which time Mr. Chatlos said the developer will gain site access for groundwater and soil remediation.

“In terms of when the actual shovels are in the ground, I’m not sure,” he said. “But pending the developer’s ability to achieve permits, they’ll be able to begin construction at that point.”

Plenary proposed a significantly lower cost than its closest competitor, M-S-E Judicial Partners LLC. And so, Mr. Chatlos said, the cost of the courthouse – projected by Mayor Carlos Giménez in July at about $1.2 billion over 30 years – will be “substantially less.”

“The $1.2 billion figure was based on a $38 million annual payment,” he said. “The proposed annual payment over the 30-year term with Plenary is $25 million.”

That should allay some concerns expressed in August by Sally Heyman, the driving force behind the courthouse project on the commission dais, who at the time said that President Donald Trump’s ongoing tariff war with China could send materials costs soaring.

“That’s part of our desire to move as quickly as we have,” he said. “The sooner we’re able to complete this procurement process, the less risk there is in terms of any impact on construction material costs.”

The project “can’t happen soon enough,” Ms. Heyman said, but rules and procedures must be followed, including getting federal approval.

While those processes may be complete by the commission’s Nov. 19 meeting, the final contract will instead go to the Dec. 3 meeting at the request of Circuit Chief Judge Bertila Soto.

“She wanted to assemble her jurists to be part of it,” Ms. Heyman said. “A lot of them have worked and championed the courthouse – the different bar associations and everything – and want to be there for the vote and acknowledge the commission who’ve stayed the course.”

A Sept. 3 release from Tutor Perini said the courthouse would include more than 600,000 square feet, including 46 jury courtrooms and shell space for four more; secure parking for 59 vehicles; site development including necessary utility improvements to support the facility; hardscaping and landscaping; and road and traffic control improvements.