Advertisement
The Newspaper for the Future of Miami
Connect with us:
Front Page » Top Stories » Study points to low pay for Florida teachers 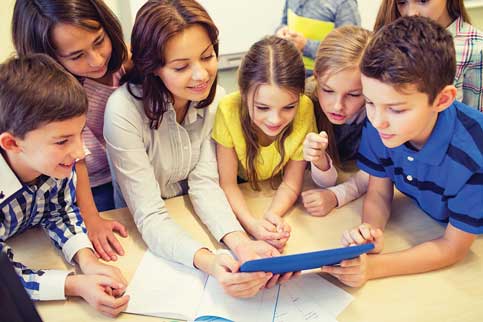 Those pursuing education careers may want to look for work outside the Sunshine State, according to a new study of the best and worst states for teachers that ranked Florida 33rd in a comparison of 50 states and the District of Columbia.

The site compared each state and DC in two categories comprising 23 key indicators, including:

Data for the analysis came from the US Census Bureau, Bureau for Labor Statistics, National Education Association, National Center for Statistics, Council for Community and Economic Research, TeacherPensions.org, ProCon.org, National Council on Teacher Quality, Learning Policy Institute, Education Commission of the States, the Thomas B. Fordham Institute, and other figures compiled and analyzed by WalletHub.

WalletHub ranks North Dakota best overall, ranking it 11th in Opportunity and Competition and third in Academic and Work Environment.

It places Arizona last: 50th and 51st in each respective category.

Florida ranks a lackluster 33rd and 32nd, respectively, but received top marks for how soon tenure kicks in, as well as for teacher evaluation and effectiveness requirements.

Along other variables, it places:

■Eighth in projected competition by 2026.

■14th in share of teachers who feel supported by their administration, at 54%.

■26th in the overall quality of the school system.

■30th in average starting salaries for teachers, adjusted for cost of living, at $37,449.

■36th in prevalence of childhood disadvantage.

■41st in share of new teachers with inadequate pensions, at 85%.

“About a fifth of all public school teachers leave their positions within three years” and nearly half last fewer than five, the study found, due to a “combination of job pressures, low pay and lack of mobility.”

According to the Association for Supervision and Curriculum Development, many teachers – particularly novices, transfer out of schools or quit the profession due to “feeling overwhelmed, ineffective and unsupported.”

In a related study released in July titled “States with the Best & Worst School Systems,” WalletHub rated Florida 26th overall based on key markers such as graduation rates, test results, violence by students, safety grades of roads around schools and share of high school students with access to illegal drugs.

Analysts found Florida has the fifth-worst median SAT score, with only Illinois, Delaware, Idaho, West Virginia and the District of Columbia trailing after.

However, in terms of student wellbeing, the state has the third-lowest rate in bullying incidents.