Advertisement
The Newspaper for the Future of Miami
Connect with us:
Front Page » Opinion » Step up tourism marketing efforts rather than killing them

Step up tourism marketing efforts rather than killing them 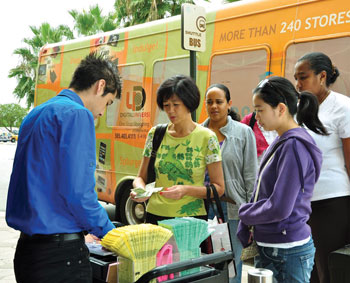 The legislature is eyeing a “saving” that would cost businesses billions of dollars and thousands of jobs every year.

Some lawmakers aim to end spending on Visit Florida, a public-private team that augments businesses in the state’s main industry, tourism.

Why slow a sector that served 126.1 million visitors last year, directly employing more than one in eight working Floridians – more than a million and a quarter jobs – and indirectly fueling many more jobs?

Some lawmakers say visitors will come anyway, so why market to get them to do what they already plan to do?

Well, we market Florida for the reason that folks in Atlanta keep selling Coca-Cola. Everybody knows Coke. But the company keeps advertising the heck out of it because they spur demand in the face of competition, and they bring in buyers of other brands – or those who weren’t soft drink buyers beforehand. They’re warding off competition, taking business from competitors and building demand.

Florida too needs to advertise because we have competitors and because we can add to demand – an image of a sunny beach can spark an extra unplanned vacation.

Our competition is global: Texas and California, the Caribbean, Europe and more. And they vastly outspend us to lure visitors.

It’s not like Visit Florida is rolling in cash. We’ve never funded it well, because of the thinking personified by House Speaker Jose Oliva of Miami Lakes, who’s leading the charge to shut it down. He says greater disposable income is fueling our tourism growth, which has some truth but ignores the success of marketing in bringing those vacationers with fatter wallets our way rather than elsewhere.

If he was running Coke with the same philosophy, he’d ignore Pepsi and stop marketing.

It was that thinking that this year cut state funds to Visit Florida from an already-puny $76 million to $50 million. So the agency fired a third of its team, cut marketing to northern visitors and skipped trips to Mexico and China to bring in tours.

While Mr. Oliva is right that it’s hard to pinpoint how many visitors state marketing lures, tourism jobs in Miami-Dade grew just 1.5% yearly after the Visit Florida cutback, down from about 3% before. Our 327,600 tourism jobs are vital, and 75 hotels on the way could skyrocket county visitor capacity to 25 million room nights yearly.

Given that impact, state tourism spending pays government back $2 for every $1 it invests.

We agree that state spending needs scrutiny. But numbers show that spending to keep tourism strong profits everyone, the state included, adding to tax income rather squandering it.

Mr. Oliva argues correctly that even though Visit Florida spending is down, tourism is growing. True, but now it’s growing far more slowly. Look at how much more visitor spending and more jobs we could have if we boosted industry promotion.

Gov. Ron DeSantis last week called for a quick decision on whether to kill off Visit Florida “rather than continuing to have it be hanging on a thread every year.” The agency gets just enough funds to get by but not enough to make big gains.

Mr. Oliva opposes state spending to build business. But much of the visitor industry is smaller businesses that can’t market alone. The state in this case isn’t marketing a business but the climate for business – the business of climate.

Local agencies like the Greater Miami Convention & Visitors Bureau promote us, but their funds can’t do it all. State funds are vital. It’s a Florida team effort.

That’s why the legislature needs to rethink tourism.

Lawmakers, look at what the industry’s jobs mean in your districts and think what it would mean to voters if jobs grew faster. That’s the value of Visit Florida – and why it needs to both stay alive and get adequate funds. This not a subsidy to big business but a boost to local jobs.