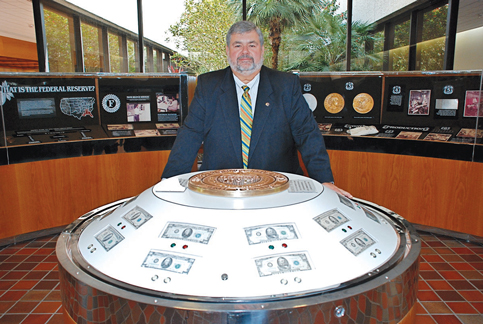 “For the first time I’ve seen, I think they’re bowing down to political pressure,” said Juan Del Busto, who worked for the Federal Reserve for nearly 40 years and was the regional executive of the Federal Reserve branch in Miami from 2008 to 2012. He is currently on the board of directors of Ocean Bank and is chairman of Del Busto Capital Partners.

Until now since he departed, he has been reticent to talk about matters at the Federal Reserve.

According to the US Bureau of Labor Statistics, employment rose by 130,000 in August. The unemployment rate for August was at 3.7% for the third month in a row, with 6 million people unemployed in the nation.

Mr. Del Busto said that cuts would place added stress on bankers. He said many financial institutions had predicted one or two interest hikes this year, and now long-term planning is out the window because the direction of the Federal Reserve is unpredictable. Banks had gone out for more money and will now get less return on the loans they provide.

“Banks have a lot of cash. There are not as many deals, so we’re competing heavily for deals, so the customer is in the driver’s seat,” he said, adding that in an ideal scenario, bankers and customers would work as partners.

While Mr. Del Busto indicated it was a good time to borrow, he cautioned about similar borrowing behaviors to those prior to the Great Recession. Despite recessionary indications, Mr. Del Busto said he does not see a recession occurring this year.

“I predicted a mild recession for 2021,” he said. “Things, I believe, are starting to slow down a bit, but I don’t see a recession this year.”