Advertisement
The Newspaper for the Future of Miami
Connect with us:
Front Page » Education » Miami Dade College pulls out of talks to run historic theater 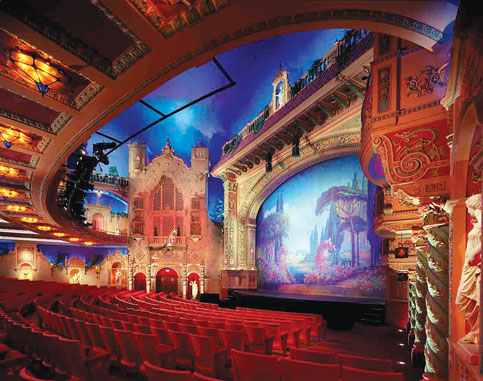 Miami Dade College has withdrawn its interest in the management of the historic Olympia Theater building at 174 E Flagler St.

“After careful consideration and due diligence, Miami Dade College has decided not to pursue the Olympia Theater endeavor with the City of Miami,” the college said in a release. “The financial figures did not work for the college for the management of the theater and apartments. We thank the city staff for its professionalism and time on this matter.”

Juan C. Mendieta, college director of communications, said Tuesday that Miami Dade College has no further comment at this time.

The decision was made earlier this month, according to a Sept. 5 letter that George F. Andrews, the college’s chief of staff, sent to Miami Commissioner Ken Russell. “After reviewing the current financial condition of both the theater and the apartments and exploring alternative models of managing these two important city assets, we have decided not to pursue a partnership with the city. We enjoy our long-time relationship with the city and look forward to considering other opportunities to work together,” the letter said.

“Miami Dade College has proven to be an expert at breathing new cultural life into historical resources like the Freedom Tower, the Koubek Center, and Tower Theater,” Mr. Russell said via email. “The college’s interest in exploring a partnership with the city regarding Olympia Theater made perfect sense. I can think of few better stewards with their proven track record in activating historic properties.

“Regrettably, the college has determined, after an extensive review, that the prospect of a project this complex did not make financial sense for them at this time. We will begin exploring other options for restoring and activating the theater.”

Over the summer, Miami Dade College and the city were deep into talks targeting an October city vote to have the college to take over the theater building. The college would run the theater and create needed student housing above it.

“We’re very interested in saving that place,” Eduardo Padrón, who was then about to retire as college president, told Miami Today in August. The 1925-vintage building has needed frequent restoration and had long been a drag on city finances before a private foundation agreed to run it.

But the foundation’s principal died and put control of the site back into play. In late June the city commission rejected an unsought bid by real estate asset management company New Urban International to acquire the theater and put a hotel above it, preferring to continue negotiating with the college. Commissioner Keon Hardemon suggested the city put out a request for proposals if the deal with the college didn’t work out.

“The city is very interested in doing this [with the college] and so far [city commission] discussions have been unanimous,” Dr. Padrón said then, though he noted that “the devil is in the details.”

Calls to Miami Mayor Francis Suarez seeking comment on Tuesday were not returned.

“Since we started managing the Olympia Theater during the financial crisis in 2011, Olympia Center has reenergized downtown Miami’s historic performing arts center,” said Robert Geitner, the theater’s executive director. “Our programing and free community events attract new and younger downtown residents as well as audiences from throughout South Florida. We look forward to working with key stakeholders and patrons to continue building a future plan that preserves the Olympia as an open and active historic cultural asset in the Flagler District of downtown Miami.”

“We understand the college’s decision not to move forward, and we look forward to working with all of the stakeholders to have the community discussion that has to take place before any future plan can move forward,” said Terrell Fritz, executive director of the Flagler Street Business Improvement District. That would include residents and business groups downtown, the city, and Miami Dade College. “They are an important part of downtown, and we hope they will continue their involvement.”