Advertisement
The Newspaper for the Future of Miami
Connect with us:
Front Page » Transportation » County targets Biscayne Bay ferry to South Beach 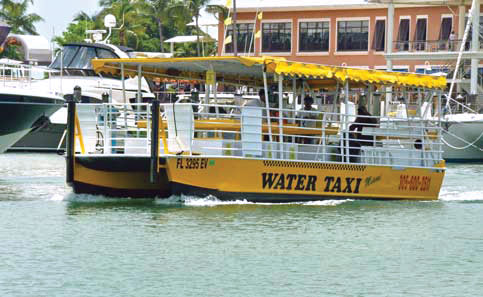 Javier Souto, sponsor of a 2017 item ordering an update on prior studies of water transport, also asked Mr. Giménez’s office to study connecting Black Point Marina and Haulover Beach to Miami and look at using canals for similar purposes.

The move followed false starts in creating cross-bay ferries that began with county studies in 2003 and 2004 and continued with a follow-up two years later. Miami and Miami Beach, in turn, produced “many studies, master plans, letters of support and resolutions” backing the idea, Ms. Higgins’ item said.

When the Florida Fish and Wildlife Conservation Commission demanded added supervision to ensure manatee safety, however, the effort capsized. In the interim, amid more studies, private enterprise flowed into the gap.

But although the company stays afloat in a pricy business compared to land-based modes, owner Max Vlessing said the county has yet to call him to talk insight or contracts. He’s not surprised.

“You don’t get any support from [government],” he said. “They want you to do all the permitting and everything else yourself. No operator has the capacity to do that. They need support.”

One form of support, Ms. Higgins item said, is “infrastructure improvements [and] proprietary authorization for … transit stops” at docks and marinas along the bay. Another could be subsidizing the service via the county’s “half-penny” transit tax.