Advertisement
The Newspaper for the Future of Miami
Connect with us:
Front Page » Communities » Gables heads to state supreme court on Styrofoam ban 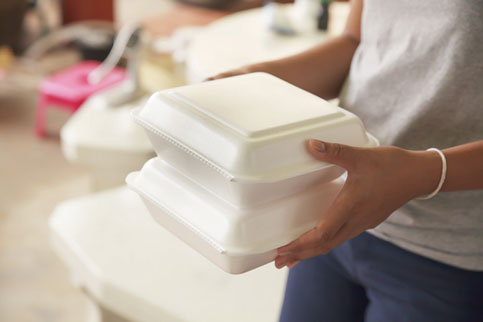 Coral Gables will request certification from the Florida Supreme Court in the next step in its battle to defend a ban on Styrofoam and single-use plastics, City Attorney Miriam Ramos said last week. “They don’t have to take the case,” she said. But the city is hopeful that the higher court will grant certification and agree to hear it.

The Coral Gables City Commission voted unanimously last month to appeal a recent decision by the Third District Court of Appeal slapping down the city’s ban on Styrofoam and single-use plastics in retail establishments.

“This is a big issue, but the bigger issue is the assault on our home rule charter,” Mayor Raul Valdes-Fauli said at the time.

In March 2016, the Florida Legislature passed a law prohibiting any municipality from regulating Styrofoam or other packaging materials, including plastic bags, if its ordinance was passed after Jan. 1, 2016. Miami Beach and several other cities, which passed bans earlier, were carved out of the legislation. Coral Gables passed its ban in early 2016.

The Florida Retail Foundation sued to challenge the ban, which was upheld by a local court but struck down on appeal.

Corali Lopez-Castro of the Kozyak Tropin & Throckmorton firm, who represented the city in the Third District Court of Appeal, will handle the Supreme Court appeal if there is one, Ms. Ramos said.

If the high court declines to hear the case, or the rules against the city on appeal, “It would end there. It would essentially be over,” she said.

The city would then turn to legislative remedies, she said. It has already asked the Florida Legislature to repeal statutes that would inhibit local governments’ ability to regulate polystyrene or single-use plastic bags and for Gov. Ron DeSantis to step in, as he did when vetoed a law that would have prohibited bans on plastic straws.

His comments when he vetoed the bill might illuminate his sense of the matter, Ms. Ramos has said.

“A number of Florida municipalities … have enacted ordinances prohibiting single-use plastic straws,” the governor wrote. “These measures have not, as far as I can tell … harmed the state’s interests. Under these circumstances, the state should simply allow local communities to address this issue through the political process.”

The commission also voted to stay enforcement of the Styrofoam and plastic bag ban pending the outcome of an appeal. But Ms. Ramos and others have said they hope businesses would continue the eco-friendly trend.

“We have a very robust volunteer program in place for businesses that have sustainable initiatives in place,” she said. “People have responded very positively.”

The Green Business Certification Program, supported by the Coral Gables Chamber of Commerce and the city’s Sustainability Advisory Board, rewards merchants and restaurateurs who incorporate eco-friendly practices into their business plans. They are given window stickers to alert consumers to their practices, among other perks.

“This program aligns with the city’s sustainability goals of reducing energy, water, fuel consumption, and waste while increasing recycling efforts, alternative transportation and sustainability education and outreach,” the city’s website said. “With all of the great work that our local business community is doing in sustainability (eliminating the use of expanded polystyrene and single use plastic bags, increasing recycling efforts, green building, etc.) the city felt it was the perfect time to create this type of recognition/certification program.”