Advertisement
The Newspaper for the Future of Miami
Connect with us:
Front Page » Top Stories » Miami-Dade could double workforce, affordable housing 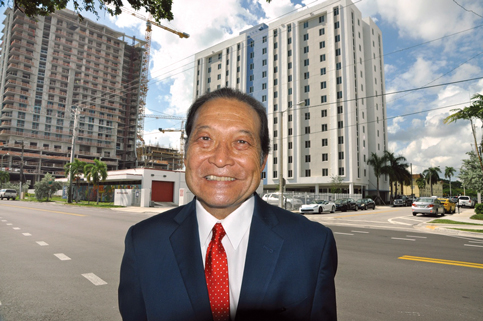 Miami-Dade is poised for a funding infusion that could more than double the county’s existing affordable and workforce housing over the next two decades through the US Department of Housing and Urban Development’s Rental Assistance Demonstration (RAD) program.

The federal housing department last month approved a countywide portfolio application to transform public housing development here through the RAD program, which Mayor Carlos Giménez described as “nothing short of a game-changer.”

The program was updated in 2017 to eliminate certain unit caps, improve the quality of information that must be provided to residents and further broaden its uses.

Through the program, public housing units move to a Section 8 platform with a long-term contract that by law must be renewed in perpetuity.

In total, 6,426 public housing units will be transformed under the RAD program, according to county spokesperson Annette Molina. Between 6,000 and 10,000 affordable or workforce units will also be built using a “mixed-income development approach of underutilized properties.”

Mr. Giménez told Miami Today those figures are conservative when considering that the county’s public housing sits on land that “is frankly under-zoned.”

“By simply taking advantage of the zoning available, we’re able to – with the private sector – not only reconstitute public housing but create new affordable and workforce housing in the same area, [all of which] the county owns by the end of the RAD term,” he said. “We want to make sure all of our units are on par with the private sector, and thanks to this new program and the efforts of [county Public Housing and Community Development Director Michael] Liu, we think we can do that.”

Mr. Liu said he expects Miami-Dade to get about $223 million for nine projects that the county earmarked as “first tier” in its federal application for the program, which runs in 20-year renewable contracts.

“It gets a little more dicey after that because we have a lot of properties and the actual subsidy amount won’t be finalized until we get around to doing those projects, but a rough estimate is between $1.2 billion and $1.8 billion,” he said. “It could be as high as $2 billion based on different factors.”

Having such a lengthy and adaptable contract with the federal housing department, as opposed to a shorter-term contract or one based on individual projects, empowers the county and the private contractors it chooses to work with in looking at long-term, big-picture housing issues.

“The 20-year contract gives us certainty, as opposed to the appropriations process, which is anything but certain,” he said. “And over the last 20 years, we’ve seen the public housing appropriations decline on average. There’s a little blip up every so often, but overall it’s gone down.”

Mr. Liu said his department receives around $19 million less in appropriations from the federal housing department per year than what it needs to run its public housing programs. As a result, he continued, the county is expected to recoup the difference through rent collections from its poorest residents.

“We don’t collect all of that, obviously, so we run on a deficit,” he said. “That’s not unusual. It’s the same challenge most public housing authorities face – which is why, to their credit, HUD did come up with a new tool to break out of that cycle.”