Advertisement
The Newspaper for the Future of Miami
Connect with us:
Front Page » Top Stories » County may ban roadside sales of dogs and cats

County may ban roadside sales of dogs and cats 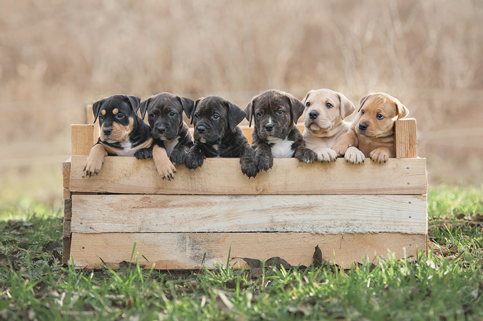 The sale of dogs and cats in public rights-of-way, particularly on the side of the road, could soon be banned in Miami-Dade, as county lawmakers were to have considered a new law banning and placing a $500 fine on the practice.

The proposed ordinance, sponsored by Commissioner Daniella Levine Cava, was to have gone before the county commission for first reading Sept. 4. Her office deferred to the county’s Animal Services department when asked to comment.

Roadside pet sellers generally have not complied with county requirements, including registering as pet dealers and registering the pets with Animal Services, the item says.

As such, dogs and cats are sold on the rights-of-way are often neither vaccinated nor checked by veterinarians for health maladies, among other issues.

“The roadside sale of dogs and cats is a dangerous practice not only for the animals and individuals involved but for motorists as well,” said Animal Services Assistant Director Kathy Labrada. “But the biggest issue we have is that they’re not registered breeders.”

Animal breeding is regulated in Miami-Dade, she continued, which aids in ensuring that the pets sold are healthy, documented and free of infectious disease.

“Purchasing on the roadside, you don’t have a health guarantee with this animal,” she said. “And if there were to be an issue with the animal’s health, how would you track this person down to pursue any kind of action?”

Ms. Labrada said that while the proposed fine is in line with those established citation rates, county code enforcers will have the discretion to issue warnings rather than levying fines immediately.

“This is great legislation to help protect consumers and the dogs and cats as well,” she said.

“After working at the Humane Society for 15 years and knowing all the efforts we go through to vaccinate, spay or neuter, microchip and provide all the necessary care possible to the animals that come through our doors and put up for adoption, I personally would be thrilled if it would become illegal to sell cats and dogs in rights-of-way,” she said in an email. “As long as people can make money by selling puppies and kittens, they will. And to do so with no responsibility for the care of these baby animals or for any consideration as to who is buying them adds to the ease of the sale. In my personal opinion, it is beyond irresponsible to allow this to continue happening.”

If commissioners accepted the item for consideration, it would next go to an Oct. 18 public hearing before the Parks, Recreation and Cultural Affairs Committee.