Advertisement
The Newspaper for the Future of Miami
Connect with us:
Front Page » Transportation » Florida roads smoother, sturdier but deadlier 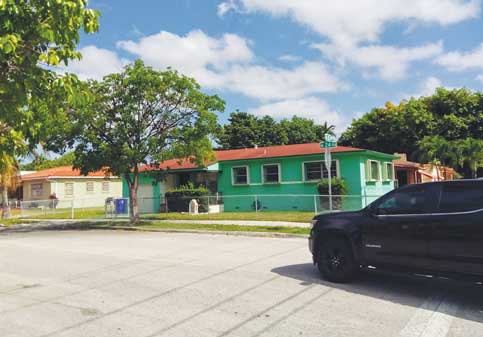 Florida’s roadways and bridges are among the smoothest and sturdiest in the nation, but the state’s thoroughfares are also some of the deadliest, costliest and most crowded, a new report by nonprofit Reason Foundation says.

The libertarian think tank ranked Florida 40th overall in its “24th Annual Highway Report,” which uses state highway data from 2016 – the most recent year with complete figures available – and traffic congestion and bridge data from 2017.

Since 2013, the Sunshine State has dropped eight places in the report’s yearly rankings, including a five-point drop from 2015, despite scoring highly in several key areas.

“Florida is really interesting,” said Baruch Feigenbaum, the report’s primary author. “I would describe it almost as a ‘Dr. Jekyll and Mr. Hyde’ sort of state.”

Florida ranked second-worst nationwide in spending, with total disbursements per mile averaging $241,100 compared to the national average of $71,117.

South Carolina spent the least, averaging just $13,255 per mile, whereas New Jersey spent a jaw-dropping $511,266 on each mile.

Only five states – New Jersey, Florida, Massachusetts, New York and Connecticut – spent over $200,000 per mile of highway they control.

But in terms of infrastructure upkeep, the report rates Florida “excellent” based on roadway roughness data from the Federal Highway Administration.

Florida was singular in having less than 2% of its urban and other principal arterial road mileage in poor condition. It trailed only Delaware for condition quality of rural streets and was in the top six for interstate pavement conditions.

On high-speed roadways, Florida also received high marks, with just 0.14% of its rural interstates in poor condition and about 1% of its urban interstates in similar shape.

“Florida’s [transportation department] is doing an amazing job in [maintaining its bridges and roadways], and they need to keep it up,” Mr. Feigenbaum said.

Floridians spend a lot of time on those roadways, too, as the state ranked 11th worst in urban area congestion.

In contrast, drivers in New Jersey spend more than 70 hours a year in heavy traffic, and California and New York have about double Florida’s congestion issues.

There were more national roadway fatalities in 2016 than in any year since 2007, the report said, and Florida certainly contributed to that figure.

Florida ranked ninth-highest among all states for its overall fatality rate – 1.47 deaths per 100 vehicle miles.

The report defines vehicle miles as the amount of travel for all vehicles in a geographic region over a given time period, typically one year, calculated by the sum of the number of miles traveled by each vehicle.

“While there is no one cause, distracted driving” – using mobile devices while operating a motor vehicle – “appears to be the biggest contributor,” the report said.

The report does not include subcategories for roadway fatalities, but Mr. Feigenbaum said that if bicycle and pedestrian deaths were large contributors to the overall number, the report would reflect that due to Florida’s effort in recent years to provide better roadway amenities for non-motorized travel.

“So far, what Florida is doing in terms of bicycle and pedestrian infrastructure does not appear to be working, though not for lack of effort or funding,” he said, adding that bicyclists may be forgoing use of designated bike lanes and continuing to use lanes shared by motor vehicles. “Unfortunately, just because you identify a problem and spend money on it doesn’t mean you have the right solution.”