Advertisement
The Newspaper for the Future of Miami
Connect with us:
Front Page » Communities » Coral Gables seeking weekend trolley service 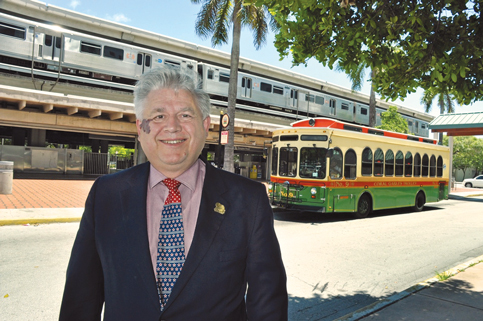 Coral Gables might get expanded trolley service next year – if city leaders can find a way to pay for it.

Vice Mayor Vince Lago said he’d like to see service expanded to weekends, beginning with Saturdays. The trolley now runs Monday through Thursday from 6:30 a.m. to 8 p.m., and from 6:30 a.m. to 10 p.m. Fridays.

“Everything you say is true,” said Mayor Raul Valdes-Fauli, “but somebody’s got to pay for it. How much will it cost?”

To expand service to 10 p.m. weekdays would cost an additional $225,000 a year, Mr. Lago said. He said he’s been working with Kevin Kinney, director of the city’s Parking Department, to get estimates for Saturday and Sunday service costs.

“It’s gone through the budget process a few times,” Mr. Kinney said. “Saturday service has always been considered.” It’s estimated that 4,000 people would use the Saturday service annually, he added.

City Manager Peter Iglesias said it would cost about $262,000 more to add Saturday service and $270,000 to extend the service to Sundays.

“We spend tons of money every day,” Mr. Lago said. “I’m okay with the hours now, and with adding to Saturday one year, Sunday the next year.”

“I’m all for it, but we have no information from staff,” said Commissioner Michael Mena. “We just got this.”

“It would be nice if you had the money to expand it,” Commissioner Pat Keon said.

“Like Commissioner Mena, I’m 100% for it, but I’m not ready to do it today,” said Commissioner Jorge L. Fors Jr. “The best study is just to do it.”

Rather than pass an ordinance adding the extra service, the commission directed Mr. Iglesias to explore funding options during the city’s upcoming budget process, an idea that passed unanimously.