Advertisement
The Newspaper for the Future of Miami
Connect with us:
Front Page » Government » China trade spat spurs rush of courthouse construction 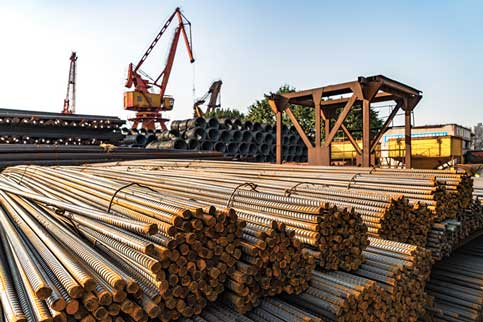 Miami-Dade’s efforts to build a new civil and probate courthouse must speed up or at least remain on track to avoid a potential fiscal quagmire due to souring trade relations with China, Commissioner Sally Heyman says.

Ms. Heyman, the main county legislator behind the Flagler Street courthouse project, said Friday that things are running ahead of schedule, with negotiations progressing well with the three finalist development teams.

The county is to award a development contract to the winning team in November – five months sooner than first expected – with construction of the new courthouse set to start in July 2020.

“The biggie is steel imports from China, and my concern is that a tariff on that [would] have an adverse effect on our bottom line,” she told Miami Today. “You never know with [President Donald Trump’s] administration, but I don’t want that to factor in bond pricing for our courthouse.”

Mr. Trump said last week that he would hold off until Dec. 15 on levying tariffs on hundreds of Chinese-manufactured goods, a move that delayed import taxes scheduled to become effective Sept. 1.

But since March 2018, when the administration imposed a 25% levy on steel coming in from most countries, including China, domestic steel companies have struggled.

Last month, Bloomberg reported that US Steel, the second-largest domestic producer, lost roughly $5.7 billion since the tariffs took effect – about 70% of its market value.

“[Market] conditions have softened…,” the company said in a June 18 press release, adding that monthly furnace production would sink by up to 225,000 tons beginning in July, a month after it idled two of its blast furnaces.

Nucor, the nation’s largest producer, is down around 20%.

The new courthouse will cost $1.2 billion in payments over the first 30 years, according to county advisors Perez & Perez Architects Planners, financial advisory firm BMO Capital Markets Corp. and independent cost estimator US Cost – a 49% increase from what was estimated in July 2017, not counting environmental costs like addressing arsenic in the soil at the site once used by Florida East Coast Railway.

The first annual payment would probably come in fiscal 2023-24, the mayor said, adding that the resultant budget strains could lead to cuts in crucial service areas if taxes aren’t raised.

“That’s $38 million a year,” said Deputy Mayor Ed Marquez, the county’s CFO. “That is something not currently in the budget. We’re showing it now in our five-year projections so that we have time to keep our eye on that as we approach and start allocating resources toward that.”

Voters in November 2014 rejected issuing $390 million in bonds for the new courthouse, which is to rise next to and replace the 91-year-old Dade County Courthouse that costs millions yearly to remedy deterioration.

The county responded by soliciting private partners and, after site preparations, appraisals and a pre-submittal conference almost exactly one year ago, it received five submittals.

Once the county whittled the list down to three teams, the finalists agreed to respond faster than originally planned to allow for additional individual talks with the county’s Administrative Office of the Courts and Clerk of Courts.

Mayor Carlos Giménez said those talks “will enhance the design quality without impacting the procurement timeline.”

The three finalist teams include:

Regardless of which finalist is selected, Ms. Heyman said she’s optimistic about the project reaching fruition at an expedited rate. But she warned those involved not to ease off the proverbial gas pedal, lest factors out of the county’s control hike prices further.

“God forbid something happens where the situation changes with the tariffs,” she said. “We need to stay ahead and on schedule and get people on this committed with prices they can depend on to get products. My whole push is, we’ve got to get this locked in.”