Advertisement
The Newspaper for the Future of Miami
Connect with us:
Front Page » Transportation » Celebrities welcome Miami International Airport arrivals 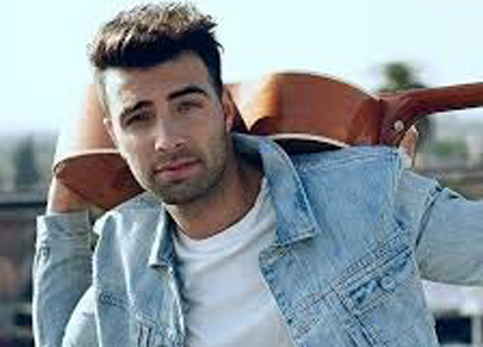 The voices of some of Miami’s most recognizable personalities are greeting visitors and passengers at Miami International Airport (MIA) as part of a new campaign to make the air hub “a little more ‘Miami.’”

Ten Miami personalities have recorded or will record welcome messages, according to Greg Chin, director of communications and digital marketing for Miami-Dade Aviation, who said a second rollout of messages will take place in September, with plans to add more voices to the program in the future.

“We’re keeping the upcoming voices a secret to build the excitement,” he said. “But I can tell you the next personalities will be from our local sports, entertainment and culinary industries.”

To promote the program, Mr. Chin said, MIA has a rotating image posted on digital monitors throughout the airport’s ticketing areas displaying the Miami Heat logo and headshots of Mr. Chirino and Mr. Canela.

“MIA just got a little more ‘Miami,’ the image says. “Step into our airport and receive a warm welcome from personalities who call our community home.”

Below the logo and headshots, the image shows social media information for MIA – “iflyMIA” on Facebook, Twitter and Instagram – and the hashtag for the campaign, “#voicesofmia.”

“We thank all of the hometown personalities who are participating in this campaign, which is representative of our diverse community,” said Aviation Director Lester Sola in a prepared statement. “We are excited that our 45 million passengers will now be greeted by these celebrities who call Miami home.”

“Voices of MIA” will complement a growing number of passengers moving through the hub, according to new figures MIA released Tuesday.

Through June, the release said, MIA served 688,000 more passengers than in the year prior – a 3% uptick and a mid-year total of 23.4 million passengers.

International travelers shot up by 516,000 passengers to 11.4 million, a nearly 5% rise, according to traffic statistics, while domestic traffic grew by 172,000 passengers for a more modest 1.4% increase to 12 million passengers.

The first half of the year saw several new routes added to and from the hub, including one by American Airlines, which carries 67% of all MIA passengers, which launched services to Cordoba, Argentina, in June.

Four international passenger airlines also entered the Miami market with new routes during that stretch, including low-cost carrier Norwegian, which launched daily nonstop services between MIA and London Gatwick Airport in March; Moroccan national carrier Royal Air Maroc, which launched the first Miami-Casablanca route in April, providing MIA with its first passenger flight to Africa since 2000 and Florida’s only nonstop service to the continent; LOT Polish Airlines, which began MIA’s first route to Poland with Warsaw services in June; and French airline Corsair, which began weekly flights to Paris Orly Airport at MIA the same month.

“The continued growth of business and leisure travel at MIA means additional tourism revenue and jobs within our local economy,” Miami-Dade Mayor Carlos Giménez said in a prepared statement. “After another record-setting year in 2018, it is encouraging to see our global gateway climb to new heights in passenger traffic.”