Advertisement
The Newspaper for the Future of Miami
Connect with us:
Front Page » Business & Finance » Billboards trumpeting arrival of telemedicine 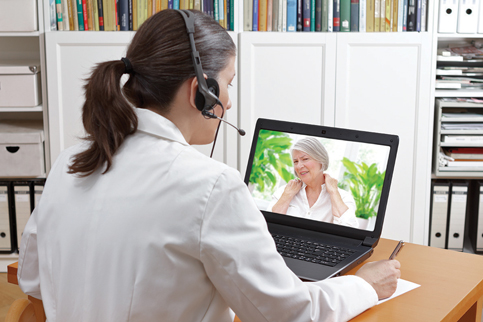 Billboards popping up across town, announcing that medical services are just a mouse click away, are evidence that telemedicine has arrived. The Florida Legislature authorized it earlier this year with a July 1 start date.

“The companies that started telemedicine – MDLIVE and others – won in Tallahassee,” said Linda Quick, former president of the South Florida Hospital & Healthcare Association and now president of the Quick-Bernstein Connection Group, a consulting firm. “But our local doctors aren’t sitting still for it.”

Third-party companies that match “unknown patients to unknown providers” spurred the initial push for telemedicine, she said. “And why not?” Ms. Quick said. “If it’s 2 a.m. here, it’s 2 p.m. in Israel. As with all things virtual, it’s a big deal.”

Insurance companies stand to be big winners, she said. “As a concept, this was supposed to prevent inappropriate Emergency Department visits; Baptist Health offers this to you so you don’t show up in their ED and initiate a new case. It’s not so different from what insurance companies did when they hired nurses to answer phone calls.”

It’s also said that telemedicine will be a boon to rural communities that have limited access to practitioners, which may prove to be true, she said. “The Florida Medical Association still wasn’t thrilled, because it was a costly program to set up and they weren’t sure the registration fee for out-of-state doctors would justify the Department of Health’s administrative expenses.”

“I’m in favor of telemedicine as long as it’s done properly; the devil’s in the details,” said Steven Grigas, a partner in the healthcare practice group of the Akerman law firm. He was involved in the state’s Medicaid program for 11 years, having served as its chief counsel and, at one time, interim director.

“In one sense, it’s near and dear to my heart because rural access to healthcare has always been an issue. It’s a nightmare,” he said.

“There are still a couple of sticky issues,” he continued. “One is payment parity; out-of-state doctors can be paid less than doctors might charge for in-person visits. That was hotly debated.”

There’ now a requirement that, if a telehealth provider will be paid less than what would be paid for an in-person visit, the telehealth network must sign off on the agreement to prevent future claims.

“There’s also no requirement for healthcare plans to cover telehealth services,” which could be a disadvantage to lower-income patients because the state’s Medicaid program is administered by health maintenance organizations, Mr. Grigas said.

Language tucked into the bill says that wherever a physician is, he or she must accept Florida’s standards of practice, which could either restrict or enlarge what that doctor is allowed to do if the patient is a Florida resident, he explained.

Telemedicine “opens up the field to common-sense technology that’s already is use,” he continued. “Why does a scan have to be read by a local radiologist if a high-quality film can be read by an expert somewhere else?”

The technology might expand services to people who are in difficult situations with limited mobility, include those with mental-health issues and new parents of infants, he added.

“It probably will ultimately be beneficial, but as with anything, there’s the possibility of fraud and abuse, especially with greater distance between patient and doctor,” he said. “There are all sorts of games that could be played, but I think it has great potential.”