Advertisement
The Newspaper for the Future of Miami
Connect with us:
Front Page » Top Stories » Metrorail safety corrections haven’t left the station 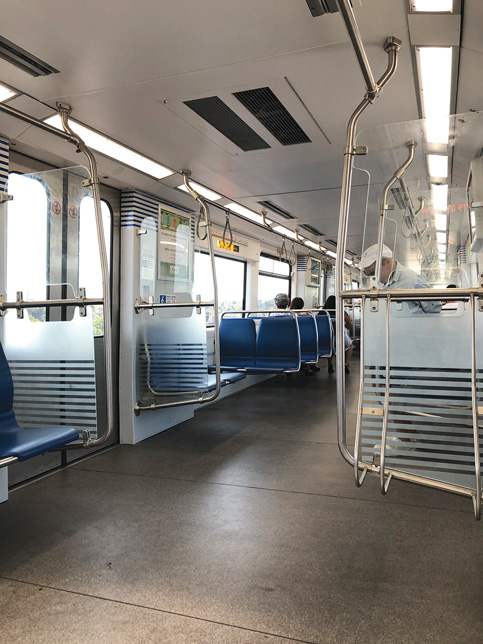 It’s been 50 days since Miami-Dade Transportation officials received a report detailing alarming safety issues with Metrorail – and 20 days past when that report’s authors said the county should begin corrective measures.

Of most concern, IMG said, was that of 99 authorized Metrorail technician jobs, just 12 are filled by workers able to troubleshoot and work alone, while 64 positions were held by undertrained staff and 23 were vacant.

To correct the issue, IMG said the county should institute minimum qualification requirements for all new technician employees in rail maintenance within 30 days.

Such a move would require the county to negotiate with the transit union to end a nearly 30-year-old rule that any rail tech job be filled according to union seniority.

“Effectively, the pool of labor that positions are filled from are folks who primarily do not have a maintenance background,” said IMG Senior VP Sasha Page. “These tend to be bus drivers, and there’s really essentially no minimum qualifications to become maintenance staff members here.”

Transportation spokesperson Karla Damian said this week that the department is “proactively working with its labor partners” to address the issue and preparing a proposal to set minimum qualifications for all “safety-sensitive” positions.

“Looking at this in the long range, this requires succession planning and extensive training, which would have a duration of 1½ to two years,” she said. “In order to mitigate this time period, [Miami-Dade Transportation] is seeking an opportunity to augment technical staff by having [railcar manufacturer Hitachi Rail USA] provide qualified personnel to work side-by-side with existing staff until the incoming staff is trained to meet the minimum qualifications necessary to work on the new railcars.”

Jeffrey Mitchell, president of Transport Workers Union Local 291, said calling current rail technicians unqualified is a gross mischaracterization and borders on discriminative, as many are minorities.

Whether retrained Metrobus drivers or not, Metrorail techs have no issue working on the Budd railcars the county has had since the 1980s, Mr. Mitchell said, but working on the Hitachi cars – which have new technology and arrive with a host of unaddressed problems – naturally calls for additional training.

The problem, he said, is that most of the personnel Hitachi sent to train Metrorail techs are from Jiffy Lube, an automotive oil change specialty chain.

“I’m not necessarily blaming the company, because the agency and the county rushed these trains out there to say, ‘Hey, we’ve got new trains,’ before they tested them to go on our main line,” he said. “But these are the people that are training our guys to work on them trains – the guys from Jiffy Lube.”

Ms. Damian said the new training personnel Hitachi is sending will not come from Jiffy Lube and will either be “longtime railcar experts” or other qualified personnel who have undergone training on the new railcars beforehand.

Mr. Mitchell’s complaint, she said, was due to “some warranty-related technical support personnel [moving] on to other jobs with other companies.”

“There is a learning curve when new personnel is hired,” she said.

Hitachi did not respond in time to a request for comment.

But to keep the Hitachi railcars running, IMG said, the manufacturer must also fix how it’s sending the county spare parts.

That’s the crux of the second major issue IMG listed in the report: Instead of supplying the $18 million in spare parts it’s contractually obligated to for the 136 new railcars the county bought, Hitachi is lifting parts as-needed off its assembly line to keep the vehicles already delivered operational.

The implications for such a practice are twofold, said Arjun Pant of IMG. First, it could delay manufacture and delivery of the remaining vehicles the county bought from Hitachi predecessor AnsaldoBreda in 2012.

And second, the county could be forced to cannibalize the new railcars for parts, similar to what is being done to the legacy Budd fleet now at the end of its lifecycle.

“What we would not want to see is that happen to the Hitachi vehicles, given the spare parts shortages that they’ve been facing recently and may experience many years from now if that isn’t rectified,” he said.

Plainly put, IMG said, Hitachi should – within 30 days – start sending spare parts for the trains that are here now, in keeping with the terms of its contract, before the cars’ value and life expectancy declines.

However, it’s not that simple, Ms. Damian said, as the new railcars are still under warranty and, as such, the parts Hitachi is providing for their ongoing maintenance and repair don’t cut into the $18 million spare parts pool.

“Hitachi is providing warranty parts by all means, and as necessary, to support warranty and keep the production line and contractual delivery on schedule,” she said, “The warranty period is five years [and] will expire between 2022 and 2025 depending on when the cars were placed in service.”

The third major safety issue raised in the report dealt with recordkeeping.

In short, Metrorail maintenance records are kept either on paper or electronically in a format unusable for data purposes, which IMG said prevents technicians and supervisors from reviewing vehicle repair histories, analyzing trends and adapting maintenance practices.

Within a year, IMG said, Miami-Dade Transportation should digitize all of its maintenance records into “quantifiable/analyzable modules within [enterprise asset management systems], fully moving away from paper-based inspection and maintenance forms,” and have established a midlife overhaul plan for the new railcars.

Ms. Damian said the county already has an enterprise asset management system for its Metrobus and Metromover systems and is “currently working on the scope of work for [a] request for proposals for the Metrorail side [of the system],” which “will be ready for advertisement in late September, early October 2019.”