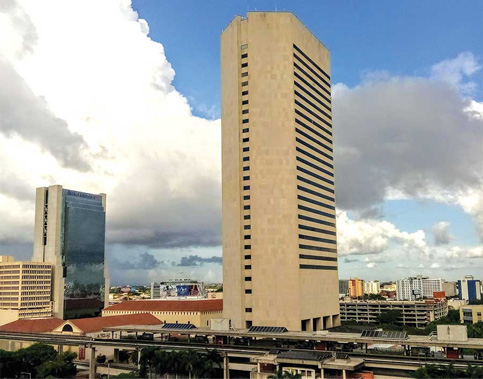 Miami-Dade Mayor Carlos Giménez hopes to leave behind one more legacy when he exits after his final term next year: the Countywide Infrastructure Investment Program (CIIP), a 20-year, $1.8 billion modernization of county facilities.

“When I began my tenure as mayor, I set out to make sure that Miami-Dade County would be better off by the end of my term than it had been when I started,” he wrote in a July 19 outline of the program. “The CIIP is another example of a program put in place that will make our organization stronger in the years to come.”

Upon commission approval of next year’s budget, Miami-Dade will invest $125 million in 2020 to bring its facilities up to the most recent building code.

That, the mayor wrote in the introduction to the proposed budget, includes repairing buildings inside and out; replacing furnishings, elevators and building management systems; improving energy usage and technology access; adding parking; upgrading aging HVAC and plumbing systems; renewing parks and cultural centers; improving security; and “many other needed repairs to make our buildings and other assets more efficient [and] comfortable places to visit, work and conduct business.”

“Proceeds of the Homestead Exemption Mitigation Reserve seeded the plan beginning in February when we directed a portion of that reserve… to replace elevators and enhance security in the Stephen P. Clark Center, expand the [gunfire-tracking] ShotSpotter program and repair county-operated cultural centers,” the mayor wrote.

While some county departments like library and fire rescue “have sophisticated capital improvement plans… able to direct available funding to broad capital efforts,” he said, departments supported by the general fund lack the dollars needed to do the same.

“For the past several years, we have been spending money primarily for emergencies rather than in a coordinated effort to comprehensively address aging facility needs,” he wrote.

The CIIP campaign will be facilitated by Office of Management and Budget staff, the mayor wrote, but each will be responsible for and appropriately staffed to manage the projects.

Specific projects in the budget plan include $4 million to rehabilitate Country Club of Miami golf courses, $3.2 million to add parking at the Doral Pet Adoption and Protection Center and $550,000 for a dog park adjacent to the Liberty City Animal Services facility.