Advertisement
The Newspaper for the Future of Miami
Connect with us:
Front Page » Education » University of Miami ocean studies sail to Pacific on Celebrity Flora 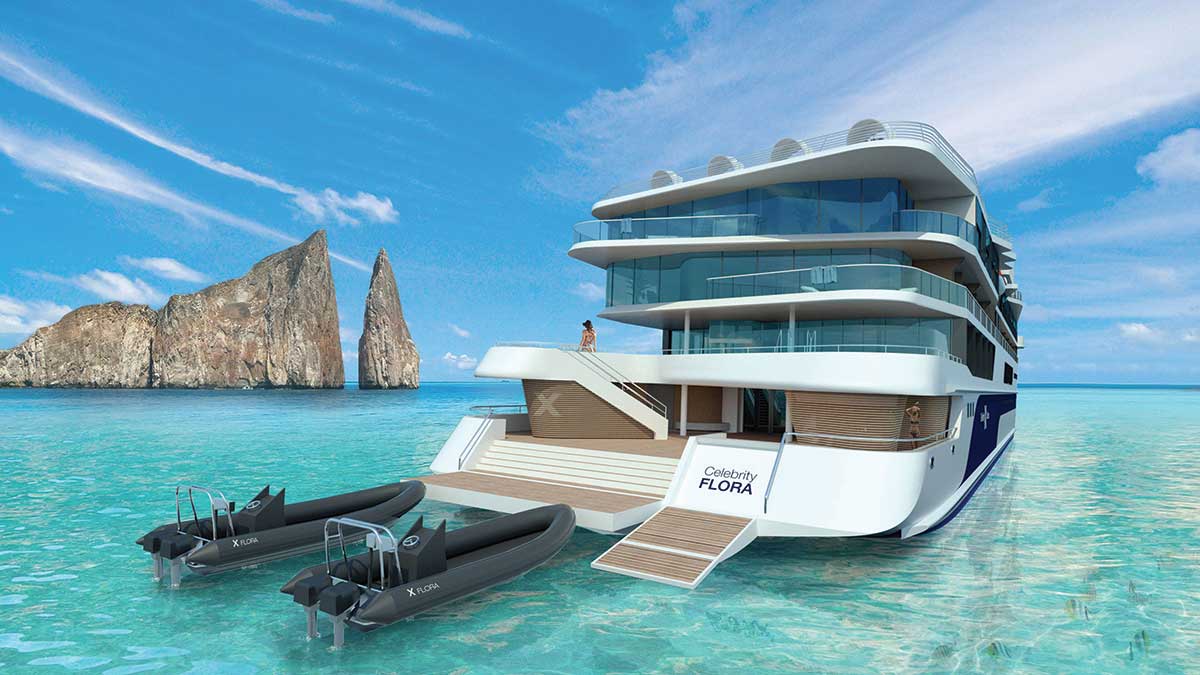 A two-university partnership based on Virginia Key that collects oceanographic data from cruise and container ships is entering the Pacific Ocean via a brand-new expedition cruise ship for the first time since the University of Miami helped launch it 20 years ago.

Data analysis from the project labeled OceanScope will provide a diagnostic tool on the carbon dioxide and circulation levels to and from Ecuador’s Galápagos Islands.

The University of Miami and University of Rhode Island have collaborated for two decades since establishing OceanScope, which uses commercial ships in regular transit to do what research vessels cannot: collect ocean data over long periods of time. The universities compare ocean water samples to measure the ocean’s vital signs – think structure of currents, sea surface temperatures, carbon dioxide concentrations, and salinity.

OceanScope collects data from seven operating cruise and container ships as well as ocean ferries. OceanScope receives data from the Atlantic Ocean and, for the first time starting this summer, the Pacific too.

Royal Caribbean Cruises’ Celebrity Cruise Lines “Celebrity Flora,” which was delivered to the cruise line in May after being designed specifically for its destination, is sending data daily to the OceanScope research team. It is the first small route that researchers are interested in studying.

“Normally, this would not be of interest to us because we are interested in large-scale phenomena, except that the Galápagos and the eastern Tropical Pacific is such a critical area, an area of international interest now for global climate change and climate dynamics,” said Peter B. Ortner, University of Miami OceanScope lead scientist and research professor at the Rosenstiel School of Marine and Atmospheric Studies on Virginia Key.

“Circling the Galapagos on this weekly to bi-weekly basis and giving us data [that] we freely give to the world will be part of an international Tropical Pacific observing system of 2020 experiment,” Professor Ortner said. “Everybody is very excited about it because of that.”

The main purpose of the data collection on the Pacific Ocean is the long-term monitoring. For one, the long-term data set will help prove to OceanScope and other research teams whether the Gulf Stream, a current that traces the US Atlantic Coast, is experiencing slower movement.

“As that circulation changes over time, the ocean warms further and conditions in the poles change, that temperature difference is what drives it. The details will only come out through our kind of data. That’s one part of it that’s highly relevant,” said Professor Ortner, who is also director emeritus of the NOAA Cooperative Institute for Marine and Atmospheric Studies.

Professor Ortner is targeting the international scientific community with the data collection and analysis.

“It’s targeted towards the international scientific community to look at trends and time surveys,” he said. “A ship in regular transit can do what a research vessel can’t do – look at changes over time. That is the core idea.”

Another quality that makes the data collection process unique and intriguing to his audience is the ability instruments have to simultaneously measure the upper water column dioxide concentration and measure circulation.

“We’re getting some more people interested,” he said. “I’ve got to try to remain optimistic and believe that the more people understand how important the ocean really is to them that we’ll get out of the current situation, we’ll get back to where we were when we used to have tremendous bipartisan support for ocean science.”