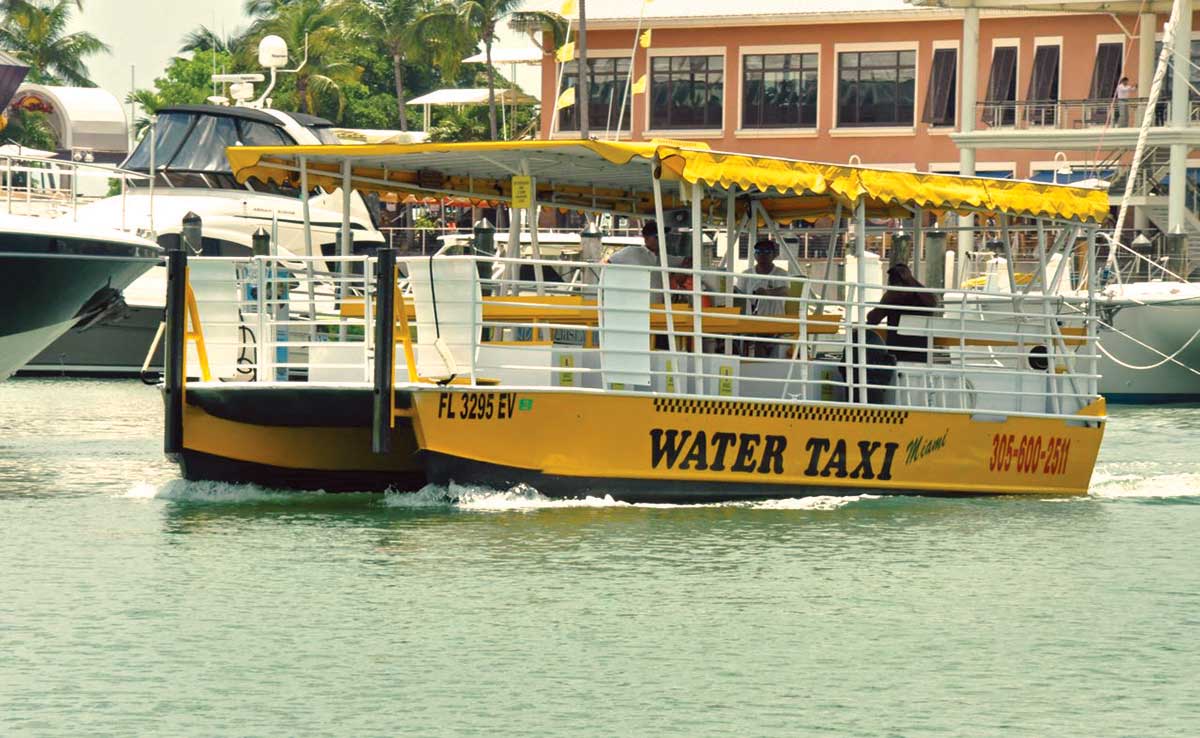 After years of studies, Miami-Dade lawmakers may soon ask the county administration to act fast in securing arrangements and funding for floating transportation services connecting the City of Miami and South Beach across Biscayne Bay.

County commissioners in committee Monday voted 5-0 to advance an item, sponsored by Commissioner Eileen Higgins, that would direct Mayor Carlos Giménez’s office to negotiate terms “on an expedited basis” – and subject to commission approval – for a fixed waterborne transit route between the two cities.

If OK’d Sept. 4, the item would also authorize the Mr. Giménez’s office to apply for related state and federal grant funding.

“The establishment of a waterborne transit route connecting Downtown Miami and South Beach may serve to alleviate some of the traffic congestion between these two areas, which are major residential and commercial neighborhoods, as well as tourist destinations,” Ms. Higgins’ item said.

The county’s transportation planning arm, the Miami-Dade Transportation Planning Organization (TPO), has recommended the waterborne transit route in its list of programs prioritized for federal and state grant dollars.

If the county can secure external grants, it could speed the process of launching the service.

Ms. Higgins’ item, which cleared the commission’s Transportation and Finance Committee without comment on Monday, referenced several studies that support establishing waterborne transit in the county, including some published on behalf of the TPO in 2003 and 2004.

Since then, the item said, the county “has experienced rapid population growth accompanied by massive coastal development,” including reconstruction of I-395 and various causeway bridges that create “even more congestion on already burdened thoroughfares.”

At least one private operator is planning to begin commercial waterborne transportation services on Biscayne Bay, including a private route between the Miami and Miami Beach, the item said.