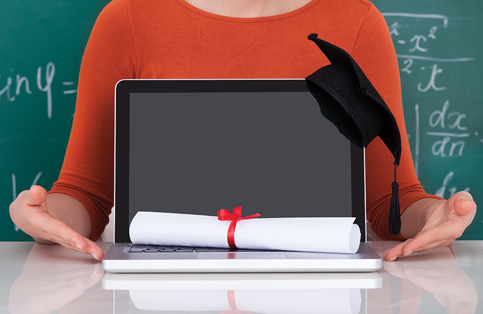 Miami-Dade County Public Schools averages 20,000 full-time and part-time teachers across the district. Ana Flores, senior recruiter and executive director of instructional recruitment, says staff gaps have been the same for some time. Special education continues to be the district’s greatest need. Math, science, and language arts follow. The urban core and communities within the district that are central to the county, far up north and others deep south – think Homestead – need the most teachers.

Ms. Flores says the salary is competitive compared to other urban school districts and communities across the state. “We really needed to do something that would help us because of the cost of living increasing significantly in South Florida.”

The increase in talent alleviates the effects of being short-staffed.

“In HR, when we have so many staffers to deal with, the more vacancies there are, there are additional personnel,” Ms. Flores said. “You still have the same amount of personnel dealing with our 350-plus schools. As far as the school side is concerned, it is bad for them because if they don’t have a teacher in place then they have to tap into their dollars.”

The pace at which the Florida Department of Education issues teaching licenses remains a problem. The county is trying to work around the backlog of applicants waiting to receive teaching licenses.

“It’s been addressed to some degree, but they are starting to back up again,” said Arlene Diaz, executive director of instructional certification. “What that does for us recruiting is that we have our team, our hiring is trained with the same standards that the state of Florida has and via that training, they are able to help these teachers go through the hiring process and get vetted so they can secure a job while they are waiting for the Department of Education to finally complete the process for them. We don’t want our potential teachers to wait very long and [us] miss out on good teachers because there is such a delay in the Department of Education.”

Ms. Flores say her team looks for certain qualities in applicants: “We definitely want motivated teachers, teachers who are strong in content, who want to make a difference in students’ lives, who want to go to the schools where they are needed most, where they are going to have the greatest impact.”

Recruiters search for talent at the local level, regionally and across the country.

Ms. Flores said, “It’s definitely a mixed bag because of the district – the size, just based on the volume of the teachers that we recruit and hire – we wouldn’t be able to rely solely on what we can get locally. We work with social media and just being able to do so many things virtually, it is easy to target folks who are far removed physically from South Florida.”

Most applicants are women, and there continues to be almost an equal split in those that are education majors and non-education majors. Mid-career professionals, those switching fields, are also entering the district at a higher rate.

The county tailors its strategies to retaining new hires. Ms. Diaz said, “Teachers that are not education majors, because we have seen that there has been a growth in that group, before they start, they are provided with extensive professional development opportunities and strong support system. They all have mentors. We have a very aggressive preparation program. Those that have not chosen to become teachers right from the beginning don’t have to fear coming into a classroom because they will have the support that is necessary.”

The school year begins in August, so recruiting, hiring, and training efforts for incoming staff are ongoing within the department.