Advertisement
The Newspaper for the Future of Miami
Connect with us:
Front Page » Top Stories » South Miami trials move toward Zika vaccine 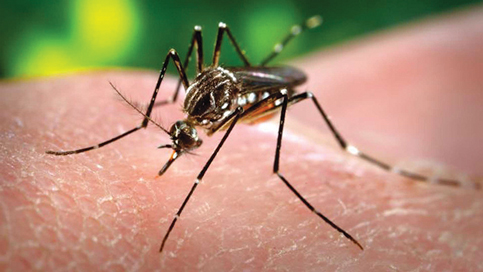 The National Institute of Allergy and Infectious Diseases says it is nearing completion of follow-up visits for its VCR 705 trial, taking one step closer to developing a Zika vaccine.

The NIAID, a branch of the National Institute of Health, has been funding the ongoing VCR 705 trial for a potential vaccine at QPS Miami Research Associates since September 2017. The facility at 6141 Sunset Dr. in South Miami is among a total of 21 sites worldwide testing a potential vaccine to protect the public from the Zika disease.

Each facility injects either a placebo or Zika DNA vaccine into the study’s volunteer participants and observes their progress. Study co-chairs Dr. Julie E. Ledgerwood and Dr. Grace Chen will study the data once the trial process is complete. The cost of the entire project amounts to $100 million, with $63 million from that total divided among the various research teams.

Miami Today last reported that QPS-MRA reached its goal of enrolling 50 research subjects in mid-2018. NIAID says all of its 21 facilities closed out enrollment by December. Miami remained at 50 people from 2,338 participants across the globe. All vaccinations were completed in April.

The next step focuses on checking participants through follow-up visits until October. Investigators will also continue to test specimens until the end of the trial. NIAID wrote to Miami Today, “Investigators plan to publish results in a peer-reviewed journal once the trial is complete and the data have been analyzed.”

Trials are expected to run until 2020, given that the research team in several locations, including Miami, started late in 2017 due to Hurricane Irma. The study in Miami also attributes its late start to a change in study leadership when work shifted from the auspices of the University of Miami to QPS-MRA.

The Zika epidemic now is waning across the Americas, with no indication of a crisis in the region in the near future. The disease, spread by the bite of a mosquito or through intercourse, causes health defects in fetuses and adults that plague the victim for their entire life.

Babies whose mothers are infected are born with abnormal brain development and manifested by microcephaly. Adults suffer, too, with neurological complications.

The last epidemic swept through the Americas, islands in the Pacific, and Southeast Asia from 2015 through 2016.

But the disease does remain a prevalent problem. Cuba suffered a Zika crisis in late 2017 with about 5,700 suspected cases – the government reported only half – and northwestern India continues to count victims.