Advertisement
The Newspaper for the Future of Miami
Connect with us:
Front Page » Profile » Michael Spring: Arts guru is playing a far larger role on county’s stage 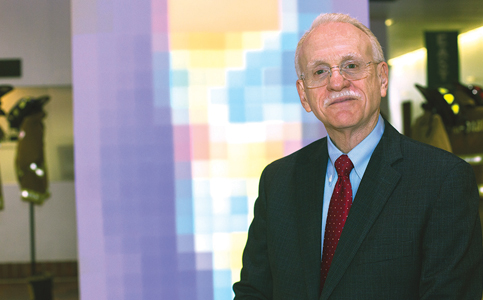 It’s been 18 years since Miami Today last profiled Miami-Dade Cultural Affairs Director Michael Spring, and while much of his department’s mission remains largely the same, its impact has grown significantly.

Those areas have “morphed to some degree” since, he said, spurred by developments like the 2004 passage of the Building Better Communities bond program – which to date has generated nearly $500 million for cultural centers like the new Frost Science Museum, Pérez Art Museum Miami and South Miami-Dade Cultural Arts Center – and a partnership with The Children’s Trust, which allocates $1.5 million yearly to providing scholarships to the county’s underserved youth.

“I’m proud our support of [cultural] organizations has increased dramatically since 2001 and is continuing to increase, and [now] we’re not only helping to renovate building facilities [but] running the department’s mission through buildings we own and operate,” he said. “And while we’re speaking, thousands of kids are going to summer arts and science camps who wouldn’t have been able to afford to except for the money we provide through the [trust].”

More than a decade ago, Mr. Spring’s department absorbed the county’s Arts in Public Places program, a 46-year-old ordinance through which 1.5% of construction costs of new county buildings is set aside to buy or commission artwork and install it on-site.

The program, he said, is a win-win for the county and its residents.

“I say over and over again, we don’t have to design ugly buildings,” he said. “It costs the same to have a great building as an ugly one, and increasingly the county is designing wonderful buildings that have public artwork associated with them.”

In 2014, Mayor Carlos Giménez added to Mr. Spring’s responsibilities the job of senior advisor for the county’s Cultural Affairs and Recreation portfolio, which includes arts, parks and libraries.

Watch video of the interview, recorded by Jahmoukie Dayle: