Advertisement
The Newspaper for the Future of Miami
Connect with us:
Front Page » Business & Finance » Venture asks to convert Olympia Theater building to hotel 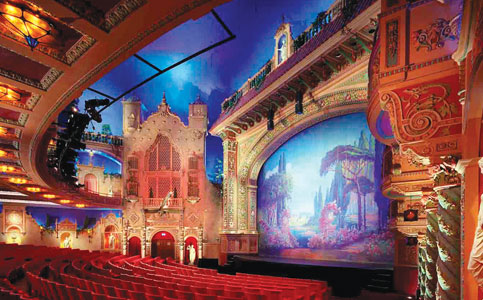 A public-private venture with the City of Miami could convert the Olympia Theater building into a profitable boutique hotel, with more than 50% of net revenues going directly to local charities. This unsolicited proposal from New Urban International is on today’s (6/27) agenda for city commission discussion.

The city owns the Olympia Theater at the Gusman Center for the Performing Arts at 174 E Flagler St. City officials have also been in negotiations with Miami Dade College to take over theater operations.

Meanwhile, the city got a detailed offer from New Urban International for a public-private partnership to refurbish the property and make capital improvements, and it seeks commission approval to request proposals.

City code mandates that eligible unsolicited proposals start with commission discussion before the next required step, a formal request for proposals.

A background memo says the Olympia property, listed on the National Register of Historic Places, operates at a loss and needs capital investments to repair, among other things, the historic façade.

“Proposer is offering to invest its funds to accomplish this work, as well as convert the Office Building, which is being used for housing, into a hotel. All improvements to the Property would be performed in accordance with the City of Miami Historic Preservation Office standards and those requirements set forth by the National Register of Historic Places,” the memo says.

“New Urban International plans include a full renovation of the theatre and a repositioning of the residential tower into an upper mid-scale boutique hotel,” the proposal reads. The proposer seeks a long-term lease.