Advertisement
The Newspaper for the Future of Miami
Connect with us:
Front Page » Top Stories » South Florida has 7% wage gap with nation 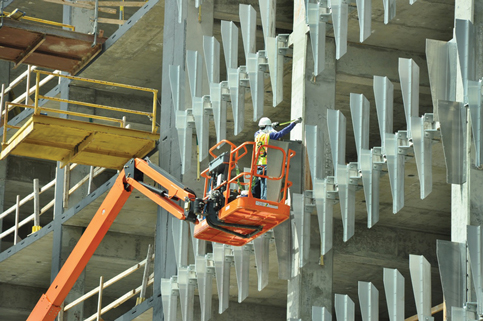 South Florida wages are 7% below those of the nation as a whole, a new federal report issued last week shows. The South Florida mean wage is $23.19, while the national mean is $24.98.

That’s a hair better than the same report issued a year earlier, which showed the gap at 8%, with the South Florida average at $22.48 and the national mean at $24.34..

The latest occupational employment and wages report from the US Bureau of Labor Statistics shows the status of mean hourly wages over 22 industry groups as of May 2018, the most recent figures available.

Of those 22 categories, said Janet S. Rankin, the bureau’s regional commissioner, 17 of the major occupations had mean wages in the local area that were significantly lower than their respective national mean levels, including construction and extraction, computer and mathematical, and architecture and engineering.

In only three categories did the Miami-Dade, Broward and Palm Beach area exceed the national average in mean hourly wage as of 2018.

The largest positive gap was in transportation and material moving, where the $19.44 mean hourly wage in South Florida was 6% more than the national mean of $18.41. In 2017, the federal report did not have data for that job category. It is the single category most favorable to South Florida.

Also above the national mean wage was the $13.72 for personal care and service in South Florida. The national figure was 2% lower, at $13.51.

The mean wage in each category is not the mid-point wage. Instead, it adds all money paid in that profession, including the highest pay levels, and divides by the number of workers in the category. Median wages in each category are almost surely lower.

Trailing the national mean by 14% apiece in South Florida are computer and mathematical workers at a $37.67 per hour mean wage and education, training and library workers at a $23.53 mean wage.

As is customary, the federal report offered no explanations for pay levels or changes.

But as an illustration, the report did break out sales and sales-related jobs for further analysis. The 336,400 sales-related jobs in the tri-county area accounted for 13% of local employment, the bureau reported, “significantly higher than the 10% share nationally.” Yet the mean hourly wage in the group locally was $19.63, “significantly below the national wage of $20.09.”

Among those in sales were 104,760 retail salespeople, 71,770 cashiers, and 35,240 sales representatives, persons in wholesaling and manufacturing.

The higher-paying jobs among sales were sales engineers, at a $48.92 mean wage, and securities, commodities and financial services sales agents, at $43. The lower end of the scale were cashiers at $10.54 and telemarketers at $12.41.