Advertisement
The Newspaper for the Future of Miami
Connect with us:
Front Page » Opinion » Miami should ensure a happy ending for Olympia Theater

Miami should ensure a happy ending for Olympia Theater 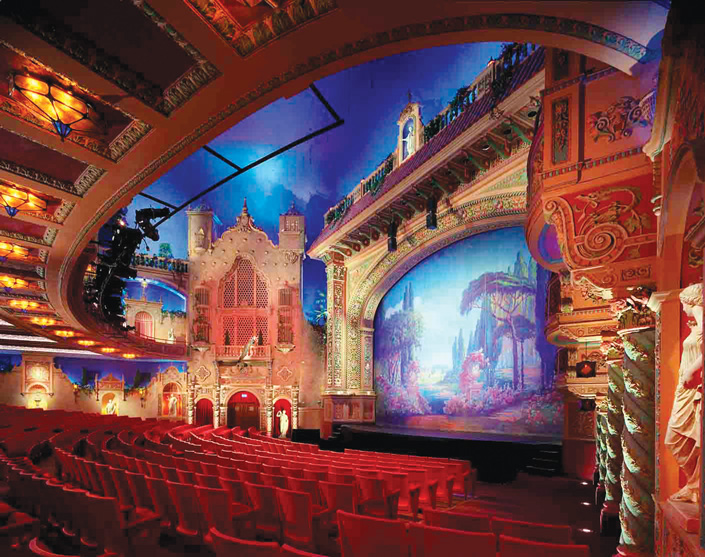 One of Miami’s best dramas is a play for control now hidden behind the curtain of the Olympia Theater at the Gusman Center for the Performing Arts in downtown Miami. The best conclusion of this play would be to bring a cultural and civic landmark to renewed glory.

Regular readers of this newspaper might stop me right there to point out that I’ve been saying something like that in this column for decades. True – and we’re still looking for the happy ending.

Some play for control of the old theater and building above it seems to be one of the constants of Miami life, and we have regularly supported maximum public use of the classic motion picture palace that was handed in 1975 by owner Maurice Gusman to the city’s semi-autonomous parking department because of the chairman of the parking board, Colonel Mitchell Wolfson, whom he deemed the best custodian of the theater gem that sits on the National Historic Register.

The latest installment of the serial drama was revealed in this newspaper last week: an undisclosed developer has been talking to the city about taking control of the complex. Details of whatever deal is being discussed are hidden. The proposed public-private partnership is said to be headed for a city commission discussion that as of the weekend was not on the commission’s agenda for this week.

Developers could well covet the East Flagler Street site, because downtown is booming and Flagler is nearing yet another attempt at a makeover. The land alone is a treasure, and 80 residences sit above the theater in the city-owned Olympia Building. There’s plenty of real estate value there.

But there is also a historic and cultural treasure in the theater itself, build in 1925 by Paramount and at age 94 an underused and under-visited landmark.

That’s why we got so excited last November when we broke the news that the city was talking with Miami Dade College about taking over the entire site.

That would have been a perfect fit. The college could have used the upstairs residences – which formerly had been office space – as student housing while it brought necessary repairs and refurbishing to the building and the theater.

Miami Dade College already has a great track record of taking underused sites in the city, upgrading them and making them cultural landmarks. The Freedom Tower on Biscayne Boulevard is the poster child for a once-neglected historic site that under the college’s tutelage has become a museum, gathering place and more. The Tower Theater on Calle Ocho in Little Havana was a near-dead site that now hums for arts film patrons seven days a week, another college reclamation.

The talks with the college may also be going on behind the scenes – we certainly hope so – despite the summer retirement plans of President Eduardo Padrón, who has spearheaded the college’s forays into building site reclamations with cultural themes. We’d hope those talks would continue and strengthen with his yet-to-be-chosen successor.

It could even be that the college’s plans and those of the would-be developer could be merged into a single strong effort to conserve and restore luster to the Gusman/Olympia complex.

What we dread, in the current climate of the city, would be a move by elected officials to hand off the Gusman to the highest bidder or – even worse – a well-connected non-bidder who seeks and gets a no-bid deal. (Yes, we’re thinking about the Melreese Golf Course plan.)

The Gusman has a purpose as a city cultural mecca, and it would be near-criminal to either let it crumble away from neglect or auction it off to the high bidder for whatever uses might yield the most return.

The city was given, and accepted in good faith, the Gusman as a cultural icon. Whoever ultimately operates it, that purpose should remain paramount.