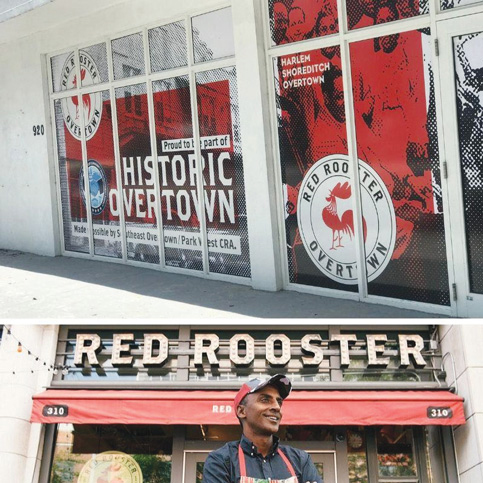 Signage is up and permits have been pulled in preparation for the construction of celebrity chef Marcus Samuelsson’s Red Rooster restaurant in Overtown, which will occupy the former Clyde Killens Pool Hall at 920 NW Second Ave.

Mr. Samuelsson helms the well-regarded and successful Red Rooster franchise, which began in New York’s Harlem and now has outposts in London, Bermuda and other locales.

In March 2017, directors of the Overtown/Park West Community Redevelopment Agency (CRA) voted unanimously to sell the pool hall to Marcus Samuelsson Development Group for $1.5 million and award the company $1 million to assist with build out. The development group was the successful respondent to a request for proposals the CRA had issued in January 2017.

The contract stipulates that the facility be operated as a restaurant for at least 15 years and that the grant be reimbursed if the Samuelsson Development Group sells it within seven years. If it is sold within seven to 10 years, $500,000 of the grant is to come back to the CRA.

The company said it would transform the two-story, 7,600-square-foot shell into a “premier dining and entertainment destination, embracing and inspired by the history of Overtown,” in a document it filed with the CRA as part of its bid.

The plan envisioned full-service kitchens on both floors, a music performance space and a private dining room upstairs. The menu is to be Southern-inspired, with elements of Caribbean, Latin American and African cuisines.

The deal that was struck stipulates that if the property is sold, the CRA gets first right of refusal. “And because this is a sale, not a lease, the property goes back on the tax rolls,” said Clarence E. Woods III, then-CRA executive director, at the time.

Mr. Samuelsson was the youngest chef to receive a three-star review from the New York Times, appears as a judge on the “Chopped” cooking competition television show, and is a regular at the South Beach Food and Wine Festival.