Advertisement
The Newspaper for the Future of Miami
Connect with us:
Front Page » Healthcare » Vote coming on Jackson South Medical Center expansion 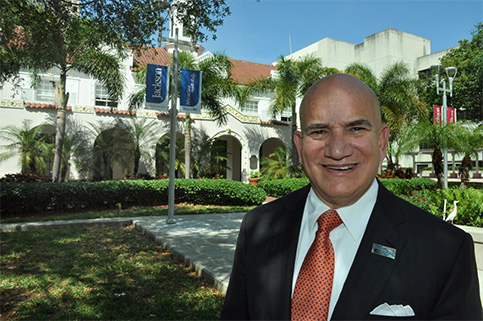 Significant additions to Jackson South Medical Center will wait until June 20 for an OK, as Miami-Dade lawmakers Tuesday deferred a hearing and vote on plans to expand the Kendall facility.

Operating income from the Public Health Trust, the independent body that runs county-owned Jackson Health System, would fund the additions with no fiscal impact to the county, a memo from Deputy Mayor Jack Osterholt said.

No information was given as to who will design or build the facilities.

Jackson held a meeting April 30 at Palmetto Golf Course to present and discuss the project. About 60 neighbors present “generally supported the expansion,” the memo said.

The medical center, which offers “a full range of medical services including orthopedic surgery, neurology and neurosurgery, invasive cardiac and vascular services, obstetrics, stroke and trauma services,” further expanded in 2016 and 2017 to include a Level II Trauma Center and primary stroke center.

More recently, the center added 14 care beds, bringing its count to 264, and remodeled and upgraded its intensive care unit.